The Shock Doctrine: How Climate Fear is Being Weaponized to Make Billions

Following on from our discussions here on 5F about the reality of climate change alongside the simultaneous reality that climate change is being co-opted by elites for their own purposes, I thought this article from the Deep Green crowd would be interesting. They make the same connection that I and others here have made, with Naomi Klein’s notion of the shock doctrine and disaster capitalism.

This is an excerpt from a book (also a film) I’ve mentioned here before called Bright Green Lies. 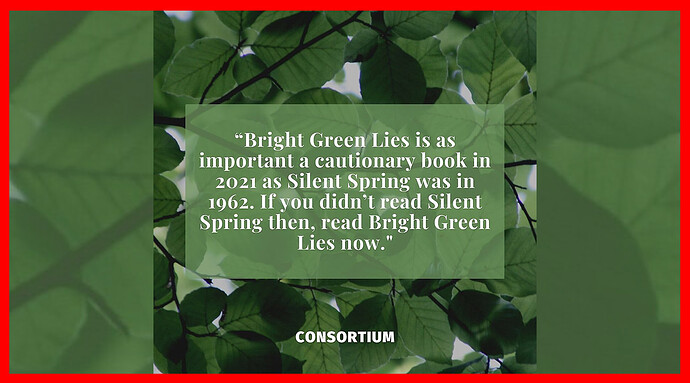 The Shock Doctrine: How Our Climate Fears Are Being Weaponized for $

They also clearly point to capitalism as the primary problem and the futility of promoting renewable energy as the solution. It’s not even the solution to our energy problem, let alone the broader issues of environmental destruction we are creating.

Scary and chaotic times ahead, I think.

The irony of this bit…

Gates writes, “I worry you’re taking whatever desire people have to solve this problem and kind of using up their idealism and energy on something that won’t emit less carbon—because only a few people in society are the owners of the equity of coal or oil companies.”

One benefit of the Kindle is that you can see exactly how long a text has sat gathering dust in the library… in the case of Bright Green Lies 9 months and counting.

The article/extract refers to sustainability goals and how university campuses are trying to achieve these. I will give credit where it’s due to Kent, which is really good at, for example, sensible use of wooded areas of the campus. Minus marks though for radiators in rooms that even a fortnight ago were blasting out heat despite my turning the thermostat to zero.

Re: irony - that did make me chuckle. There’s a subreddit I look at now and then called “Self Aware Wolves” into which that quote would fit quite well…

I have yet to read the book myself. I’ve watched the film on Vimeo and read other bits n pieces from Jensen et al. I think the broad features of the book are pretty well known these days if one cares to dig beneath the surface.

On the subject of radiators, I watched an interesting interview with a chap I’ve been following for ages, called Tom Murphy - a professor of physics at university of California. He made the point that forgetting about CO2 related warming, the waste heat that gets generated by our use of energy is rapidly rising. And all of our energy use ultimately gets turned into waste heat, once the thing we wanted to do with the energy is completed. He did some maths to show that at our current rate of energy use, it would take a short century or so before the amount of waste heat we generate starts to become more important than CO2 related heat increases.

This is true no matter what type of system we use to generate energy, be it fossil fuels, fusion or solar power.

The lesson is simple. We cannot just keep increasing our energy use and move over to non CO2 emitting sources as a solution. We have to learn how to live with much less energy if we are to have any hope of surviving…

Brave to look at Reddit, I found it so toxic, but I guess it depends on how the groups are moderated. Maybe I looked at too many wild west ones.

Haha! This site almost ended up on Reddit… Glad we went our own way. This bunch of rabble-rousing, consensus-questioning rebels would have been banned from Reddit in about 2 seconds

My own consensus-following, conformist ass is only just hanging on, having been banned from a bunch of subreddits myself.

Free speech ain’t what it used to be, I guess.

western population is too brainwashed and ignorant. The level of their brainwashing is such that a large part of them actually want to become poor – although they use the word ‘green’ for ‘poor’ because it sounds better. There are, however, some indications that there may be divisions within western elites. Some of them, particularly within the US, may be resisting the primarily Europe-designed Great Reset – but whether this opposition is real or effective remains to be seen. 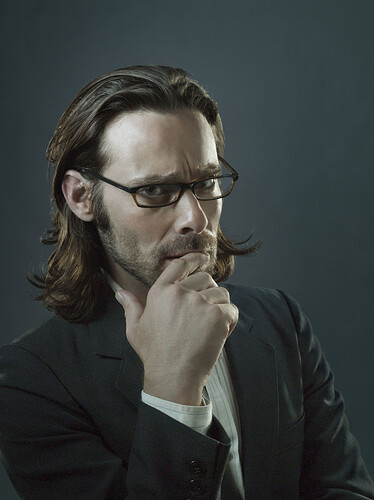 World War 3 for dummies | The Vineyard of the Saker

Thanks, I’ll have a look. I find the Saker’s collective commentariat a mixed bag.

There’s no question that the Branch Davossians and their Great Reset project have their spider like fingers in the mix. The problem that i have is related to your comment on the pursuit of happiness thread - some of the notions they throw around have value - even spiritual value. Own less, eat less meat etc. Sure. I can go along with that. The huge problem is that these are not neutral observers with our actual best interests at heart. They are (by and large) a sack of lying psychopaths who know how to spin a story.

My question is - what is the alternative that is being proposed? Some kind of business as usual but without the US and EU dominating? Economic growth forever for Russia, China and the BRICS?

How do we do this and not fry? Answers on a postcard please …

Postcard from the real future:

Anglozionists down and out. Sino-Rus and adherents rising briefly, on the riches of Siberia. Russia the last place where hitech industrial ‘civ’ holds out against the Long Descent, before it too subsides into involuntary simplicity.

PS: Having now read ‘WW3 For Dummies’, I’d say that this - new - voice at Saker is a good one, if his debut is anything to go on (because yes, the voices there, as with Off-G, and everywhere I suppose, are variable in quality).

How he describes what’s happening seems spot on to me. I would only add two points:

Don’t forget the Long Descent, which is mandatory for ALL parts of the world eventually (Greer suggests, from his wide reading of history, that it will take a century or so at least to play out; though the Meadows studies - ‘The Limits To Growth’ and ‘TLTG: The Thirty-Year Update’ - suggest that the most acute pressures will be receding, thankfully, by the end of this century).

And also: don’t be pessimistic about upshots. The smell of the situation (aka my intuitive rather than rational sense of it) is that the would-be global-hegemon gics trying to run everything in the West have grossly over-estimated the objective controllability of the situation; and indeed their own competence to do such controlling, even if it were controllable.

I think that the Davosoid fools are destined for history’s trash bin, not for the godlike immortal borg-status which they fantasise. (If these fools weren’t so self-entranced by their own Kurzweil/Hariri-style techietechie Faust-fantasies, the clods would see that they already have that timelessness, as a given, simply by being Individuated Units of Consciousness of Big Mind, aka immortal souls…)

I see a bad time coming for the states of the erstwhile world-domineering West. But I also see involuntary simplicity - otherwise frankly described as force-majeure enforced near-poverty - as the ultimate fate of ALL societies, anywhere on Earth.

There will be fragmentation though, into sovereign regions and states, and for many of them, the involuntary simplicity will be entirely bearable, indeed something of a real boon. The only big if, which remains a permanent question in human affairs (at least until we evolve into something spiritually better than we are now) is who gets to hold ultimate sovereignty within each region or state: the gics and their bourgeois servitors; or the plebs.

Sorry to keep hammering the same old tropes, but that boils down to the perennial contest: scarcity-socialism versus neo-feudalism? Genuine populist democracy (if that’s actually really possible); or the rule - seen universally since the advent of agrarian-revolution-enabled mass societies - of the self-appointing gic class.

I always favoured anarchism (automatically, instinctively socialistic) as the most morally spotless form of human society. But I’ve never been a proclaimer for it, because I’ve never yet seen a convincing answer to the crucial question: what does an anarchist community do when the nazi-thug war-bands, with their nazi-thug ‘charismatic’ leaders, march in and tell us, at sword-point, that they’re in charge now and we plebeian dross do absolutely as we’re told or die horribly in short order?

Anarchists have never turned up a convincing answer to that question, to my knowledge. Perhaps because there just isn’t one. La lotta continua - permanently (until that evolutionary improvement…).

), converting my initially-sceptical neighbours to troobleevers as they watch; pics and instructions coming up shortly, when the plants are all nearer to harvest time…

Touché. Possessions are a bind but the WEF zealots don’t want me to chuck out the bookcases as such, they want me to rent music, films, texts from them. And if they decide those Gaspar Noe films are too subversive then one day they’ll disappear them. By the same logic digital money centralises control.

If someone somewhere would say “we’re deep in the shit and electric cars and windmills aren’t going to cut it (etc)…” I think people might actually listen. But the well-founded belief that the usual comfy class will get along just fine, while the rest of us wear two cardigans and wonder where our pension went, is much too clearly established and the Branch Davossians (stolen, because it’s worth it) signal this all too clearly. Anybody can be a millionaire so everybody’s gotta try (Matt Johnson).

If a juicy scapegoat, and I don’t mean Vladimir, is banished maybe that will unite us all? I’m channeling Rene Girard here.

Truly: there isn’t a simple answer and things are just going to have to get even worse before there’s any hope of them getting better. Which is really just a precis of @RhisiartGwilym above.