Green MP Caroline Lucas says “there is so much, frankly, tosh in what Craig has just said” 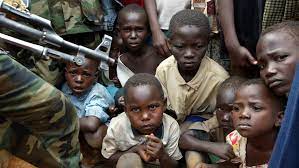 "Coltan is one of the world’s most vital minerals, and 60% of reserves globally are found in the Democratic Republic of the Congo’s (DRC) Kivu province. In 2019, 40% of the global coltan supply was produced in the DRC.

The mineral is used in cell phones, laptops and other devices because of its particular ability to store and release electrical energy. As 5G technology grows, the demand for Congolese coltan will increase. But this is not good news for everyone in the DRC.

Much of the country’s coltan is extracted using the labour of over 40 000 child and teenage miners. Coming from remote villages and towns in Kivu, they either drop out of school or have never had the opportunity to attend. The informality of the extractive sector provides attractive job opportunities for vulnerable children, who serve as a pool of cheap labour.

Children work as washers and diggers in dangerous conditions. They also engage in petty smuggling, selling coltan for a pittance in towns along the borders with Burundi, Rwanda and Uganda. Doing adults’ work in a hazardous environment, many child miners face harassment, abuse and ill health. Occupational hazards include daily exposure to Radon, a radioactive substance associated with coltan, which has been linked to lung cancer." Child miners: the dark side of the DRC’s coltan wealth - ISS Africa 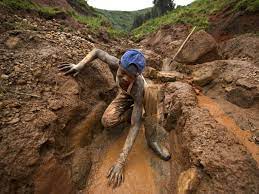 "In addition to the human toll, coltan exploitation has also proven severely destructive to the region’s environment and biodiversity. North and South Kivu provinces contain the DRC’s greatest concentrations of coltan, and Kahuzi Biega National Park (KBNP), one of the last sanctuaries for the critically endangered eastern lowland gorilla, spans both provinces. Coltan mining has destroyed much of the gorillas’ natural habitat, leaving them vulnerable to poachers who kill them and sell them to coltan miners and rebel groups for food. According to park surveys, the population of eastern lowland gorillas in KBNP plummeted from 8,000 in 1991 to approximately 40 in 2005.

DRC Ambassador to the United States Faida Mitifu, speaking recently at a U.S. Institute of Peace event, urged the U.S. Congress to adopt what she describes as a Kimberly Process for coltan in an effort to end the illegal export of coltan from eastern DRC. A “Goma Process” could certify the origin of coltan and place punitive levies on those involved in the trade of conflict coltan from eastern DRC—much as the Kimberly Process does for diamonds. Meanwhile, building infrastructure and creating a regulated sustainable resource extraction industry could also help the country generate much needed revenue and profitable trade regimes. But given that coltan is smuggled into Rwanda and other bordering countries and traded to non-U.S. markets, the support of the international community and the UN Security Council would be critical to the success of this initiative and creating a lasting peace in the region. The UN Security Council has already condemned coltan’s role in financing conflict, so the creation of a Goma Process could be a logical—and achievable—next step." Coltan, Cell Phones, and Conflict: The War Economy of the DRC 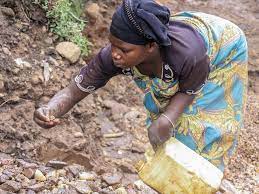 "As a report from the US Geological Survey notes, the minerals are often found together, but have very different properties and applications; nearly 80 percent of the world’s niobium is used in high-strength, low-alloy steels, while tantalum is key for the world’s electronics industry.

Brazil, Canada and Australia are the leading producers of tantalum and niobium mineral concentrates. However, the DRC is the global leader in tantalum production by quite a large margin, followed by Brazil.

The third largest miner is Rwanda, located next to the DRC in Central Africa. Rwanda was also involved in a bloody civil war that resulted in violence and instability. There has been widespread speculation, including by the UN, that some of Rwanda’s mineral production comes from smuggling in resources from other countries." What is Coltan? 5 Facts You Should Know | INN

Caz is such a chump, let’s face it.

I think I’ve mentioned before that an enormous solar array is about to be built on the Swale estuary, more than three-quarter of a million panels will be jammed into a site of about 900 acres.

Cleve Hill Solar Park is a proposed development of solar panels covering an area of approximately 360 hectares (890 acres) of farmland (former grazing marsh) at Graveney, to the north-east of Faversham.

How this qualifies as green, by any definition, I will leave to wiser heads than mine to demonstrate. (Clue: it doesn’t.)

Don’t grieve, K. The way things are going, they won’t be there too long - if they ever get installed - and eventually (time-frame uncertain) the wild will be back there…

She didn’t, and still doesn’t, appreciate the dangers of incineration (it was a “benign end-user for the oil industry” as far as such single-issue type NIMBYs were concerned), now she’s having to reassess…

Hi folks, if climate dimming continues to keep pace with people dimming then 900 acres of panels may only be enough to charge a few candle bulbs around the obligatory blue and yellow strip pinned above the fireplace!