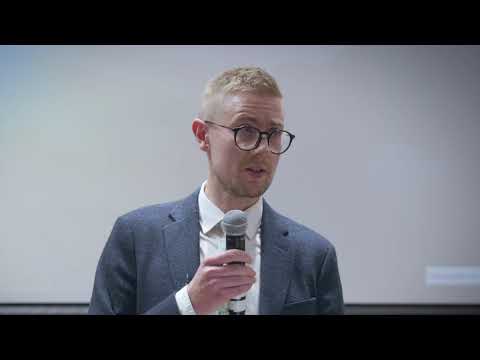 I always enjoyed Margo’s posts I’m sure she wouldn’t object to this cut and paste.

Margo was one of my faves on the MLMB and Lifeboat, can someone invite her to post here sometimes?

Just held my nose & did it!

He articulates extremely well what I always felt about these masks – they stop trust between people. And it goes hand in hand with a trust in government and medical corporations. It still baffles me how much of the “radical” left has fallen in with this.

Yes, Margo was a good poster over at what’s now a cesspit regarding Covid. Would be good to see her here.

Having subdued most people posting counter evidence, the TLN is now left believing the mainstream propaganda - way behind the curve in a world of its own.

A poster puts up criticism of the Pfizer trials. Immediately met with ‘bullshit’ and adhom claims that it is a racket. It’s a highly unprofitable way for Drs to pursue their careers! More likely to wreck them.

A doctor comes on and immediately cloaks himself in sympathy that he might be flamed by errant anti-vaxxers.
He sees no problem with the poster just flamed, and in fact throws more fuel on that fire.

No one questions this way of discussing scientific issues, in fact it gets worse:

This is exactly what the BBC does - maintains a line that there’s just no use giving facts to anti-vaxxers, having flamed and smeared them from the beginning while denying them a platform and dodging anything resembling scientific discussion.
This treatment is also dished out to any doctors or other experts questioning the narrative.
Meanwhile, propaganda is trotted out in lieu of ‘facts’.

The Dr agrees the original material posted - from other doctors - is total garbage, before admitting he didn’t watch the video.

He does talk of one point but on the issue in question both sides have a point. The characterisation of vaccines as less than 1% effective, or ‘zero percent effective’, on the grounds that that’s how many people would have died, is misleading, I feel. But bombarding people with the claim that vaccines are 95% effective also misleads people into 1) fearing covid disproportionately more, 2) thinking the vaccine will make covid go away, and 3) thinking the vaccines were shown in the trials to stop covid as determined by PCR tests, 4) thinking they will stop covid hospitalisations and deaths and 5) thinking they will stop transmissions.

Of these, in the context of the trials only 3) made sense - and that is not borne out by the data (casting huge doubt on the troubled trials).
Vaccinated people are getting covid just as freely. It might make some sense to claim the vaccine reduces covid hospitalisations and deaths, but that wasn’t studied in the trials because they were in healthy people so there weren’t enough hospitalisations etc to tell.

Also, the fiddles in the covid data have been discussed elsewhere on this site.

Dr John is unaware of any of this, or he wouldn’t still be trotting out the old chestunut about vaccines reducing covid deaths by 90% since January. That choice of time period is designed to deceive, as it mainly compares people who died during the big winter peaks of 2021, before the vaccine was available to most people, with people who were vaccinated after the peak had passed on. The 2021 and 2020 covid deaths curves are remarkably similar.

In any case focussing only on covid deaths is not the acid test of the vaccines as it completely ignores the risks from the vaccine - which John apparently thinks there’s no evidence of, bless him - which is the main reason why there are anti-vaxxers in the first place!

Further serious problems with the mortality data were highlighted, analysed and adjusted for by Professor Norman Fenton’s team in @CJ1 's thread:

Hi CJ. Great find, and thanks for the tag. I’ll just put up @Everyman 's Fenton interview video with Majid Nawaz on LBC, which was deleted (‘screw-tubed’, lol) from Uchube. Bitchute to the rescue: I looked at the start of this and it provides useful context so I’ll start there. There is a lot of detail covered in the Highwire video, though the content of the two videos is similar. I realize not everyone will want to watch the much longer Highwire video but I hope I can lay out what the key…

the problem apparently being that vaccinated people were classified us unvaccinated if they died within two weeks of the vaccine.

The guy Bob Moran in CJ’s/Margo’s original post makes some very interesting points, especially in the second half I thought. His cartoons are biting, pity he’s been fired.
I didn’t feel he was very savvy of the politics in his Twitter exchanges - left himself open to accusations of attacking individual doctors. Though seeing his cartoons for the first time* he probably wasn’t long for this MSM world anyway.

A good summing up of that thread.

A doctor comes on and immediately cloaks himself in sympathy that he might be flamed by errant anti-vaxxers.

Yes, I thought that was quite ridiculous when he’s dishing out smears and slurs. He also ought to know (especially given the lack of reaction) that most voices against his beloved jabs have been banished from the place – thanks to his fellow Dr, Dan. Silencing opinion when it’s not welcome seems to be the very popular.

There seems to be some ‘breakaway’ moderates, fighting their way through the BS.

He supports McCullough's claim that massive numbers died due to US govt supression of early treatment of COVID. a href https www.zerohedge.com covid-19 covid-ivermectin-and-mass-formation-psychosis-dr-robert-malone-gives-blistering-interview ...

Interesting that IanM feels his good, honest appraisal and analysis of a media programme has to be prefaced by an apology. A view of the local Overton window?

Lots of levels on show, stemming from Robert Malone - inventor of mRNA and vaxxed up himself, being repainted by the media as an antivaxxer.