Graphene Oxide in all 4 Covid inoculations : Dr Robert Young on the Highwire

Hi folks, this episode covers the complete debunking of the recent ivermectin smears in the first part but I thought it worth opening a new thread just for the second part which contains a report from Dr Robert Young on graphene oxide being present in all 4 major covid inoculations. 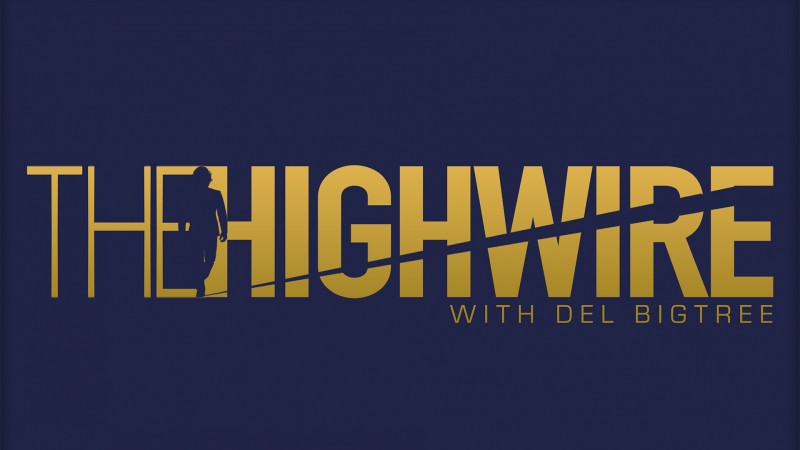 Watch live here every Thursday at 11 PM PT (2 PM ET) and catch up on past episodes and episode segments.

There is also this 2 hour video on bitchute which I have not yet seen: 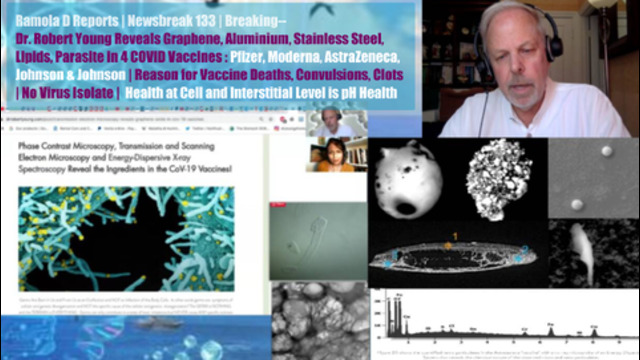 Absolutely bombshell and major reveals on what is in the vaccines, with use of electron and other kinds of microscopy from original research by Dr. Robert Young and his team, confirming what the La Quinta Columna researchers found---toxic nanometall…

The ramifications for central and global human controls is quite staggering.

I read a fair bit of the text, which was at https://www.drrobertyoung.com/post/transmission-electron-microscopy-reveals-graphene-oxide-in-cov-19-vaccines

Not sure what I’m reading tbh so might hang around for the tl;dr: version.

There’s mention of trypanosomes in the article, apparently found in one of the medicinal compounds. That is definitely not good news if not attributable to an external contamination of the sample/s.

Thanks @KarenEliot for the link change - I’ve edited the original accordingly.

Hours of stuff to read here I think before any of it sinks in for me!

Thanks CJ. I started at the Dr Young part of the Highwire. Explosive stuff, I could hear the edifice crumbling, but it might have been my head exploding

If the vaccines contain graphene oxide after all the denials, it could be a showstopper. It’s toxic after all. The argument that the amount is too small to cause toxic harm doesn’t stack up; if it’s present then it clearly is in sufficient quantity to meet some other purpose. And I’m sure not many will think that it was there for any good purpose.

Another main message is that ‘vaccination’ clearly adversely affects blood cells - the pictures are very dramatic.
He could well have paused there but he kind of throws in his other theories - chemtrails, microwaves get mentions. This could provide a useful handle for dismissal, though he’s actually done microwave/blood research
eg https://www.drrobertyoung.com/post/the-effects-electromagnet-frequencies-on-the-blood-and-biological-terrain

He’s got a chequered bio, which could well be due to harassment (like Judy Mikowits) but this will be used to deflect from the main story which is the graphene oxide. The other stuff can wait.

I can understand why he presents it all like this, he does have a complete theory - that covid is caused by blood coagulation - that his mostly novel work supports. The presence of such a conductor makes a microwave effect possible, along with further sinister possiblities (due to its electrical properties) that have previously been dismissed as bananas. I’m just not sure the public is ready for that yet.

The graphene oxide claim emerged before, it was discussed on the board somewhere, but as described - ie vaccines contained 99% graphene oxide - it sounded like the Spanish researchers had perhaps been given a turkey to spike the story. It seems they weren’t given any more samples to investigate! Young seems to be almost on his own with a small team - I think the graphene oxide needs to be confirmed. It’s not that far fetched, as it is a thing that has been getting vaccine researchers (and shareholders) very excited. I think he also said it was in the flu jabs.

Hi @Evvy_dense , I thought he was pushing the boat out too far as well, but I hadn’t realised the manufacturers had refused to release the full contents of their vaccines - this must be a big clue for investigators, no-one is able to see the contents of a novel experimental gene therapy! So if an independent group with expertise in electron microscopy comes along and photos the stuff and finds toxic material, it’s not really going to matter what they say, it’s going to be smeared.
He comes from the Cahill Kaufman Virus Mania camp of disputing virus theory without proof of existence of the virus’s under the Koch’s or even Rivers Postulates. So he won’t be hearing from Fleming or Malone anytime soon!

At the same time some of his theories strongly link to Zach Bush’s views on the impact of environmental toxins for the illnesses experienced by what is called Covid. Although ZB regards the corona virus as a contributory element in the poisoning of the body.

From his other video I can see I will need to look at bicarbonate of soda, better hydration, B3 and Avocados and finally of course Qlink sympathetic resonance technologies - the long day wears on! ( I would bet money on @GKH knowing more on this !

Thanks for the link in your edit @Evvy_dense , here is a later interview by Stew Peters with Karen Kingston:
https://www.redvoicemedia.com/2021/08/former-pfizer-employee-checkmate-game-over-we-win/