Welcome to the new tyranny, same as the old tyranny

There’s a bit of everything here, reflecting many of the themes that have been discussed on 5-filters over the last many months. What I think the author does very well is to draw together the threads that became so much more obvious since 2020. I think I posted a link to one of the earlier parts of this series. It stands on it’s own perfectly well. 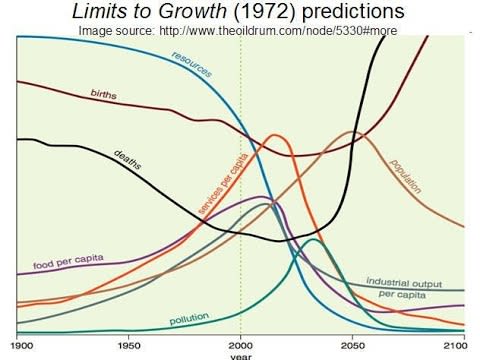 Welcome to the new tyranny, same as the old tyranny

I especially liked the linked (2018) article about “people of flat” (also the name of a scabrous Twitter account that eventually went too far, not that this takes very much nowadays).

People can see the disgusting corporate whitewashing that has been going on over the past decade and, in some sense, tell immediately that they are being treated with condescension. Companies like Facebook, Airbnb, and Uber think they can clean up their image and paper over scandals by using iconography adorned with cartoons that look like they belong in children’s coloring books. It’s patronizing and insulting. While they make off with our private data and spy on our lives, and while they normalize the gig economy and do away with our pensions and benefits, they adopt bright and cheery colors that seem to say we’re your friends and custodians. Your children are safe with us.

You know what else is bright and colorful and cheery and snares the unsuspecting? A Venus flytrap.

I wonder what @RhisiartGwilym might think about the section near the end, and the author’s proclamation that Limits to Growth was a manifesto not a prediction …? As one of the BTL comments says, those shiny new tyrannical Smart Cities will tend to come unstuck when the power fails.

There’s a whole strand of dissident opiners busy just now (many hanging out at Off-G) proclaiming - yet again - that we needn’t worry about any natural, and indefeasible, limits to human activity, because techie-techie will ALWAYS overcome ALL blocks to an ever more cornucopian flood of wealthforall. And the only reason that things may seem to be going as ‘The Limits To Growth’ adumbrated is because a wicked band of super-villain billionaire orcs are depriving us - quite artificially, of course! - of immediate and ever-growing prosperity for all eight-plus billion of us.

It’s a popular delusion of the innumerate.

TLTG has been getting hysterical slagging from the emotionally-committed cornucopianists ever since it was first published. None of the trashings - that I’ve ever seen - come anywhere near destroying it’s logic and its projections; and - again AFAIK - no-one has been able to explainaway the demonstrations in ‘TLTG - The Thirty-Year Update’ of how closely on track the projections are turning out to be. And of course, there IS a wicked band of orcs, several rival bands, in fact; and they ARE trying to bugger us all up to their WealthPowerStatus profit. That’s real enough too. But being just little human farties like the rest of us, behind all their self-delusions, they’re not going to have any significant effect at all on the playing out of the geophysical processes.

Sorry been offline for a few days with router failure. This comment above was left hanging. Just publishing as is, today: FRI 29 APRIL 22.

Glad to see you back online @RhisiartGwilym.

I wonder if the fundamental problem is that some people live in the real world, do real things: grow food, arrange deliveries, build things, fix stuff. They worked pretty near normally during the controllavirus psyop.

Then there are a large, but not that large, laptop class who live in the abstract world. They don’t do real things, they have bullshit jobs, if the power goes off they quite literally cannot function. They cowered at home during controllavirus, and resent not being able to continue doing so. They cling to their platypus facial appendages and despise the working class who laugh about their rainbow logos and blue hair.

Until this dominant 20%, the system pigs for the sneering klep klep klepto kleptoc kleptocracy (©JoeBotden, 2022), are punched very hard in the nose, the hamster wheels will keep spinning. But as you say, this can’t carry on much longer.

Rhis, any Russian paratroopers in your neck of the woods?

(what I’m getting at is, do your phone problems have any connection to the problems we’ve had in France this week?)

Karen a very interesting article. Thanks for posting.

In my own little neck of the woods I think a lot of people are waking up to how vulnerable they are in the digital age - this month, April, major power cuts, telephone system down, and other stuff I haven’t talked about.

This on the back end of 2 years of covid rollocks, and now a war in the Ukraine that came at a so perfect time for the psychos who rule us.

I wouldn’t dare to predict where this is all going to end; except I would recommend that people buy shares in companies that make guillotines. 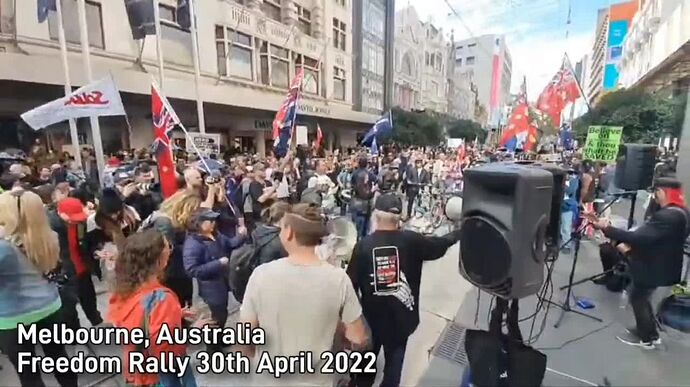 "I won't be a slave song" Australia, Melbourne. Freedom Rally.

We are told that the UN General Secretary, António Guterres, was in Kiev this week, while Russian cruise missiles were landing. Likewise with other world leaders who have gone to Kiev.

How anyone can believe any of this is real is beyond me.

We are told that the UN General Secretary, António Guterres, was in Kiev this week, while Russian cruise missiles were landing. Likewise with other world leaders who have gone to Kiev.

Not to mention Angelina Jolie, unless I hallucinated that.

Only a few more weeks before the heartbreak of no Russians at Wimbledon brings Vlad the Impala to his senses.

I managed to watch the Angelina Jolie clip today. I think I was hallucinating as well, when air raid sirens went off and Jolie apparently shuffled not so quickly to an air raid shelter.

I think President Biden should take a deep breath from a helium balloon before speaking at the podium. It might make him sound more credible.