In a nutshell: the delusionality amongst ‘our leaders’ is epic. Good comments from many btls, also:

Very good piece. The following is a nice companion piece that, for me at least, shows clearly that the game is well and truly up. There is no way that the US/NATO/EU can have a hot war with Russia and even less so with China.

The Return of Industrial Warfare

Can the West still provide the arsenal of democracy?

In short, US annual artillery production would at best only last for 10 days to two weeks of combat in Ukraine. If the initial estimate of Russian shells fired is over by 50%, it would only extend the artillery supplied for three weeks.

And the UK is in the same boat:

This article and it’s stark implications are discussed in yesterday’s excellent video sitrep by Alex Mercouris: 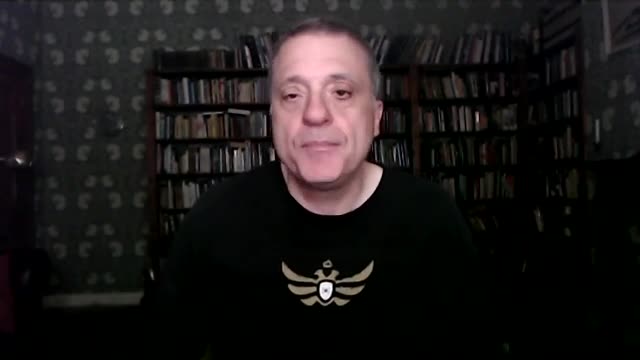 Day of Disaster for Ukraine in Donbass, UK Military Think Tank Confirms US...

(I find it much easier to watch Mercouris at 1.25 speed, btw - otherwise he’s very droney…)

The Mercouris piece, especially concerning the RUSI piece, which I was just about to link here when I noticed your link, P -

- spells it out in stark clarity:

The paper-tiger status of USuknato is becoming glaringly apparent. The poor retirement-ready fool Doltenberg is a prime indicator of its status. It can’t even hope to take on Russia alone. And as for a Sino-Rus alliance…

If (when!) I’m a fresh young human again (next incarnation

) it will be a toss-up for me whether to become a Cymreig liberation activist, helping to push forward the emergence of the sovereign, independent Republic of Cymru (alongside the independent republics of re-unified Eire and Alba) or - to emigrate to Russia. Awkward choice! But, being ancestrally rooted in The Isles for many generations back, I think I can guess what the choice would be. As a Celtic-liberation activist, though, I’d make it a key part of my work to cultivate cordial, friendly relations with the two rising empires…

Ah but who says you’ll be reborn in this universe @RhisiartGwilym? But I appreciate the sentiment. Curiosity about “how will it all end” is very powerful.

I’m inclined to think that souls in the bardo-state, after they’ve done their karmic-reckoning work for their just-concluded lives, are offered a range of choices about what to do next: Perhaps choose from various just-conceiveds in the material-world holodeck who need ensoulment, and who have promising possibilities wrapped up in them for your soul’s further unfoldment; promising possibilities, from whom a shortly-to-reincarnate soul can make an unforced choice. But with ‘none of the above’ always an option also.

As I remember, the Tibetan Book of the Dead opens on the possibility that, just at the moment of death, for a brief flash, it’s possible to opt to get off the Wheel of Rebirth altogether, to pass into parinirvarna.

But the way I feel at the moment is that I still have plenty of appetite for the Wheel, and no particular aversive wish to escape. Would the buddhas find that deplorable? No, probably not. Tolerance is the word…

Interesting thought. I genuinely don’t know, and actually quite like that. Trying to make everything knowable, algorithmic, scientific, there’s an Old Testament story about that, I seem to remember.

Psychologically, for humans, it’s exceedingly difficult to live up to the anti-instinctual exhortations of the scientific method - which also apply in these religio-philosophical enquiries: Remain open-mindedly sceptical at all times; commit to experimentalism in its broadest sense: always go and look, test and try; and - most critically! - report honestly what you find, even when it’s not what you hoped to find.

Such discipline cuts sharply across our strong natural instinct to believe what we find most agreeable, and to pursue confirmation bias accordingly. The scientific method is so bloody unnatural for humans!

Yet - apart from skilfully and wisely used intuition - it’s the only other route to knowledge/wisdom that we have. And of course, wise use of intuition is one of those things much more honoured in the breach than the observance. Don’t all religions, almost, seem to begin with what some bunch of old, crusty men assert vociferously has been told to them by god personally, and everyone must listen and obey, or else! (‘God’ being in reality their own private, personal preferences, of course, misperceived as the voice of god…)

Accordingly, I have to underline that the ideas about the bardo state and serial re-birth which I sketch above are attractive to me; and they seem to be firmly supported by Tom Campbell’s potent insights in his - experimentally-derived - theorising. But I can’t say that I know, with the same certainty that I know that jumping off a high wall will break my bones, that these teachings are accurately correct.

Living in a perpetual state of uncertainty is absolute anathema to normal human psychology, yet it’s all we really have. Bummer, innit?