Reassuring myself that I really did hear this on the radio yesterday (BBC 6 Music), so I wasn’t dreaming: 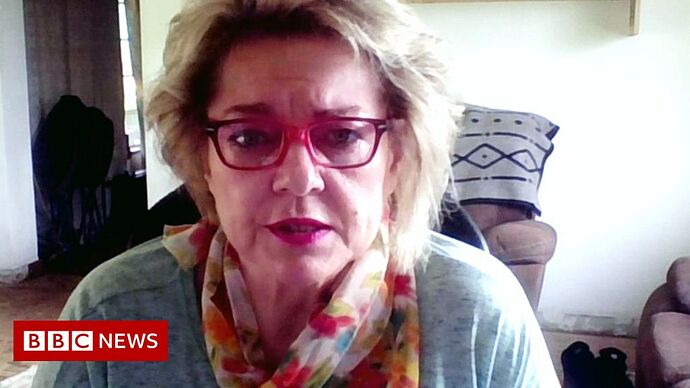 Every one of them, very, very mild symptoms … remember, I’m at the epicentre, that’s where I’m practising - it’s extremely mild. For us, that’s mild cases. We haven’t admitted anyone. I spoke to other colleagues of mine: the same picture.

Exactly what past experience would make us expect: as a flu pathogen mutates - as they all seem to, constantly, they get simultaneously more infectious, and noticeably milder in their effects. Absolutely standard pattern, on the way to herd-immune endemic minor nuisance status.

We should do all we can to rubbish this latest scam to try to go on milking the false ‘pandemic’ swindle for it’s real - power-grab - purpose.

As usual, I shall not be using a mask. Sod Javid! (Or Anton Levey, the bald big cheese in the Church of Satan, as the UKColumn guys like to call him

I heard similarly from various commentators who usually push the narrative, and it IS what you would expect. Seems this variant had been around for a month or two, like Alpha, before the time was appropriate for the international scare. Just in time to disrupt Christmas holiday plans and make everyone more compliant. The media of course only asks “it’s not yet known if Omicron is MORE deadly” and “it may be more contagious, but it’s early to tell yet”. and “there is no evidence that vaccines work less well against it” - which directly contradicts what they already told us, that all five people found with it who came to Australia were double vaxed, but also were asymptomatic. Which is probably meaningless given younger people infected with other variants are also often asymptomatic.
As for the SA doctor - the case she quoted was a 6 year old, who was “very sick” but then completely recovered within 48 hours. Trouble is most 6 year olds DON’T get sick, and always recover after a day or so - so what she describes sounds worse!

We’re getting a bit desperate over here, domestically, at the prospect of not getting away to France next summer either. I simply refuse to get vaxed so I can travel to a place where I have to show my papers to do anything! But the prospect of staying here under similar conditions is even worse. I’d just like to catch the damn thing and then demand that my natural immunity makes me immune to all restrictions. Beats me why the millions on millions around the world in this position are not demanding THEIR freedom!