Vanessa her usual sterling self; Matthew someone I’ve been watching lately, with increasing positive assessment. In this ninety-minute conversation - mostly Matthew - there’s considerable further enlightenment about what’s going on with Russia and China around the WEFoid’s attempt at their idea of a reset; and how the Sino-Rus idea is considerably different, and by no means in cahoots with the WEFs - as so many dissident commentators just now are imagining (in that tempting misty zone between real, credible conspiracies and the loony-fantasy discardable-fairy-story cospithirries).

In keeping with my rule of thumb that literally no-one ever escapes completely from the Curse of the Blind Spot… I should just point out that from my watching of Matthew so far, it’s become clear to me that his blind spot is what Jim Kunstler calls ‘techno-narcissism’. That’s to say, the eegabeeva blind faith that human intelligence and its creations of science and technology set us apart from and - in some mystical way - above the constraints of the natural world, and indeed of the natural universe. We can - according to this faith - take our fate into our own hands completely, and manage it in a self-created growthforever destiny, like gods-beyond-Fate, simply by our never-ceasing techie-techie brilliance. (Yeah right, little farties; bound to be true!

Obviously, being a defender of the idea of the Long Descent, compelled on us by the steady depletion of the non-self-renewing, non-substitutable, and absolutely essential natural resources that enable the current brief, once-only era of industrialism, I don’t buy this daydream. But it leads Matthew to have a big blind spot on The Limits To Growth, and on just how many humans (in our current population-overshoot episode) can and should be accommodated on Planet Earth, and on just how high and ever-rising should be the hyper-prosperity of us all, through the technological thaumaturgy we continue to develop (forever!) as we do so.

Apparently, Russia is never going to run out of resources, is therefore exempt from the Long Descent, and should therefore spread ‘development’ over the whole of Siberia…

I think Matt has his head up his fantasies on that score, of course. But I remain impressed by the depth of his scholarship and reading, and so recommend him as one to hear whenever you can. His take on the alternative world political arrangements, in opposition to the WEFoid dystopia-fantasy, and seen as possible by the Sino-Rus duopoly, is encouraging. It also tallies with my hunch that the WEFoids haven’t captured the Russian and Chinese ruling establishments, have in fact been rebuffed by them, and won’t be able to manipulate them.

Knowing something about China and its intelligence assessment of Anglozionist-empire shenanigans with racially-targetted pandemic bio-weapons in its hundreds of overseas bio-labs (ringing Russia and China), Matthew is also illuminating on just why China goes so draconian at the first sign of any infectious outbreak within its borders: on the precautionary principle, they treat them all as possible US bio-weapon attacks. And in that, they’re quite probably right: 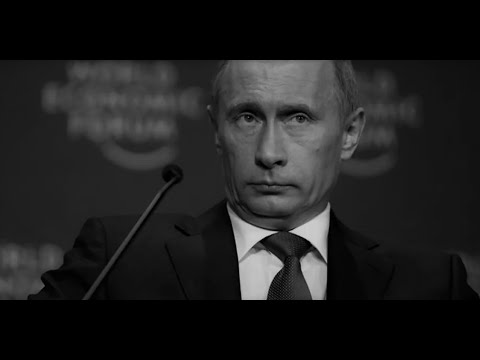 Putin’s Chess Tournament with 5th Columnists, Oligarchs and the WEF

Some good points there. The other Matt Ehret article posted by CJ iirc was good too, he certainly seems a worthwhile regular port of call, blind spots and all, when hobo-ing around the web.

I have been meaning to ask for second opinions on Richard Brautigan’s famous poem, below. I prefer to read it as satirical rather than naively hopeful but then again it was written in the 1960s before technocracy was viewed with suspicion. And rightly so.

all watched over
by machines of loving grace

I like to think (and
the sooner the better!)
of a cybernetic meadow
where mammals and computers
live together in mutually
programming harmony
like pure water
touching clear sky.

I like to think
(right now, please!)
of a cybernetic forest
filled with pines and electronics
where deer stroll peacefully
past computers
as if they were flowers
with spinning blossoms.

I like to think
(it has to be!)
of a cybernetic ecology
where we are free of our labors
and joined back to nature,
returned to our mammal
brothers and sisters,
and all watched over
by machines of loving grace.

Would you believe that in my twenties - in the '60s - I went through a similar hopeful dream: of a return to a global Garden of Eden for all the creatures of the Earth, watched over and kept in harmonious balance by an actually-benign technosphere.

Always a possibility, though now I realise that Mam Gaia doesn’t need a silico element in the mix to make such harmony happen, and thrive. All She needs is sufficient willingness in hom-sap to just get with the wild programme, and go with it. But we, being this bewildering angel/demon, Ariel/Caliban siamese-twin, don’t seem to be up to it.

“…this thing of darkness/ I acknowledge mine.” - Prospero.

Not up to it yet, anyway. We live in - evolutionary - hope…

I can absolutely believe it. I still recall my own faith that the Web would be the key to opening up thought, and speech, but it turned out to be the next tool for deskilling us and exercising control.

I recall Neil Postman made a very good argument in The Invention Of Childhood. In preindustrial society kids were essentially small adults and as soon as they could they were pressed into helping with working life. (Work and life were indivisible of course). The ruling class kids presumably rode around on ponies telling the serfs what to do.

When literacy spread outside of the clergy and aristocracy, a new set of skills had to be inculcated, which took time, so the apprenticeship for adulthood, in certain parts of society, became more protracted. Simplifying madly, Schooling permeated a whole continent and spread from there. Disciplined, well-drilled workers, and managers who could add up, and write the pink slips, were omnipresent within a fairly short space of time.

Now kids really only need to know how to solve a Captcha, apart from the cadre of System Pigs, er, I mean Professionals, who will be patrolling the gated estates, keeping the proles ignorant, etc. In the droll Hal Hartley film The Girl From Monday the schools drug the pupils to keep them distracted, and the tests are designed to make sure that ‘attainment’ is kept low. (And teaching is a prison sentence for bourgeoise who haven’t toed the line.)

On balance I think the poet did believe in Fully Automated Luxury Communism. He died by suicide.