This senile, criminal, puppet will cause a revolution 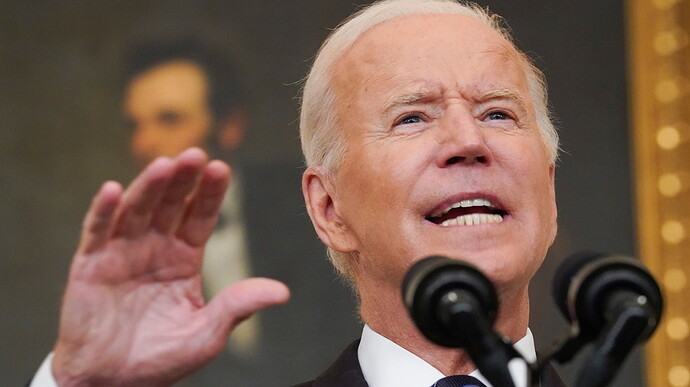 100 million Americans affected: Biden to mandate ALL EMPLOYERS with over 100...

US President Joe Biden will instruct all employers with more than 100 workers to force their staff to get vaccinated or to submit to weekly Covid-19 tests. Companies refusing will face stiff fines.

There are already huge numbers of federal workers (including the military) who are refusing the jab.

In a way this is a good thing, because it openly shows how totally corrupt and in control of massive, unaccountable corporations it all is.

My little cat, Herricka, can’t stop sitting on my lap this evening. It’s not something she normally does. She’s frightened of something.

I could tell you a terrible cliche about walking into a bar in Texas; but instead Fairbanks, Alaska. Fairbanks is a city in the north of Alaska, in fact it’s the only large population centre in the north of Alaska. It started as a small place from the gold rush days (late 1800s). It grew into a city in the mid 20th century, with the Cold War, when the US military moved in.

I believe the population of Fairbanks is now about 70,000. When you get out of Fairbanks there are no large settlements for thousands of miles around. You are in the arctic bush. It’s total wilderness. I believe Mark Twain (or someone) described it as ‘the back of beyond’.

Anyhows, there was (and probably still is) a bar on the main drag in Fairbanks called ‘The Dog Sled Saloon’. It’s what I’d call a ‘Yukon bar’: sawdust on the floor, lots of colourful characters, and a big sign at the entrance saying “before entering you must leave your firearms with the cloakroom attendant”. Back then just about everyone carried a firearm in Alaska (and they probably still do).

Bars in Texas are for wimps.

Damn right, Rob! We’re going to need to show resolute determination to rise up as an uncontainable physical force, just to be sure to frighten the conspirators into backing down. ‘We are many, they are few.’

There’s a long chance something more decorous might just swing it. We have to try peaceable means first. But the gics need to know without a shadow of doubt that there are millions worldwide who are unbendingly willing to start a shooting guerrilla war against them, to keep them frightened enough to heed the kinder, more civil challenges decisively. Very regrettably there are some scams, and some villains, who are only effectively deterred thus. Bloody naked apes, we are!

Rhis, I do believe we will come through this. The Energies are very dark for this coming Autumn and Winter. We just have to make it through to next Spring, 2022.

I’m sure you are familiar with this one… 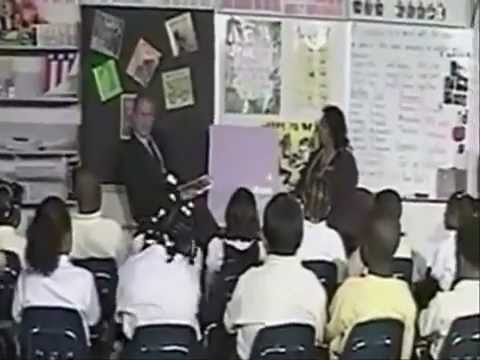 For some reason YouTube, et al, have allowed this video to remain standing.

It’s an official news video (from ABC, I believe) from the morning of 9/11, when President Bush Jnr was attending a primary school in Florida. The children are made to recite “Plane” “Must” “Hit” “Steel”. The children are then made to bow their heads. At that point an aide comes on stage to whisper in Bush Jnr’s ear that WTC 1 had been hit by a plane.

And watch Bush Jnr’s body language throughout it all, and also the rest of the stuff in the video (when the children are told about a pet goat).

And by the way, President Bush remained at this school for more than half an hour after the second plane hit (ie. when an obvious ‘terror attack’ was taking place, and when the ‘terrorists’ would know exactly where the President was).

Bush also holds his copy of the book upside down; maybe something, maybe nothing. A close up of the words being recited, however, reveals them to be: kite, kit, steal, playing and must. Phonetically damn close, I grant (which is something in itself), plus kite is prison slang for a hidden message or letter and the goat reference is er, interesting (!), but the whole thing is not maybe as damning as it first appears. Anyway, just thought I’d bring some light to the subject…

What you see, I’ve always thought, is a man of inadequate intellectual and moral strength realising that he’s out of his depth because something big on which he hasn’t been properly briefed is going on without his input. That he has, in fact, simply been got out of the way with the ridiculous ‘school visit’ charade.

I think he’s also shitting himself because he doesn’t know whether he’s been marked as a sacrificial victim. Like anyone who gets to be POTUS, he knew beforehand that he can be assassinated if he steps out of line from what the real PTB in the US insist on. He seems to me clearly to be afraid that maybe he’s to be a sacrificial victim. His always-evident intellectual inadequacy means that he has no idea how to interpret what he senses to be going on, hence the obvious fear.

It’s a vivid display of inadequacy personified. He can’t even muster the gumption to get up on his own initiative - even after Card’s whisper - and announce to the children that urgent affairs of state call him away: The over-privileged bumpkin child of an over-privileged ‘aristocrat’ family of rich USAmericans. A helpless drone (in the beehive sense).

Behind all the laughter at a fool, maybe he deserves some pity for being thrown into a situation which he can neither understand fully, nor manage at all. But that doesn’t excuse the way he subsequently cooperated with the 11/9 swindle, once - with heartfelt relief - he grasped what was happening, and that he himself wasn’t marked down for immediate killing. Indeed, for his grovelling cooperation, he was allowed ‘four more years!’ of painful puppetry. I wonder whether he’s managed yet to make piece with his own shameful shortcomings. We all have to, eventually: karmic resolution…

I’d never seen this before, just the short excerpt of Dubya sitting there like a rabbit in the headlights…

But was he? The Bush dynastic family has deep tentacles, and playing dumb probably isn’t that difficult. Elite folks are very good at smiling when insulted to their face and then, later on, arranging for the destruction of their interlocutor. Conspiracy theory: Supertramp hinted the 9/11 event with the cover of their 1979 album "Breakfast in America."

You’ll be liking this then, Karen… 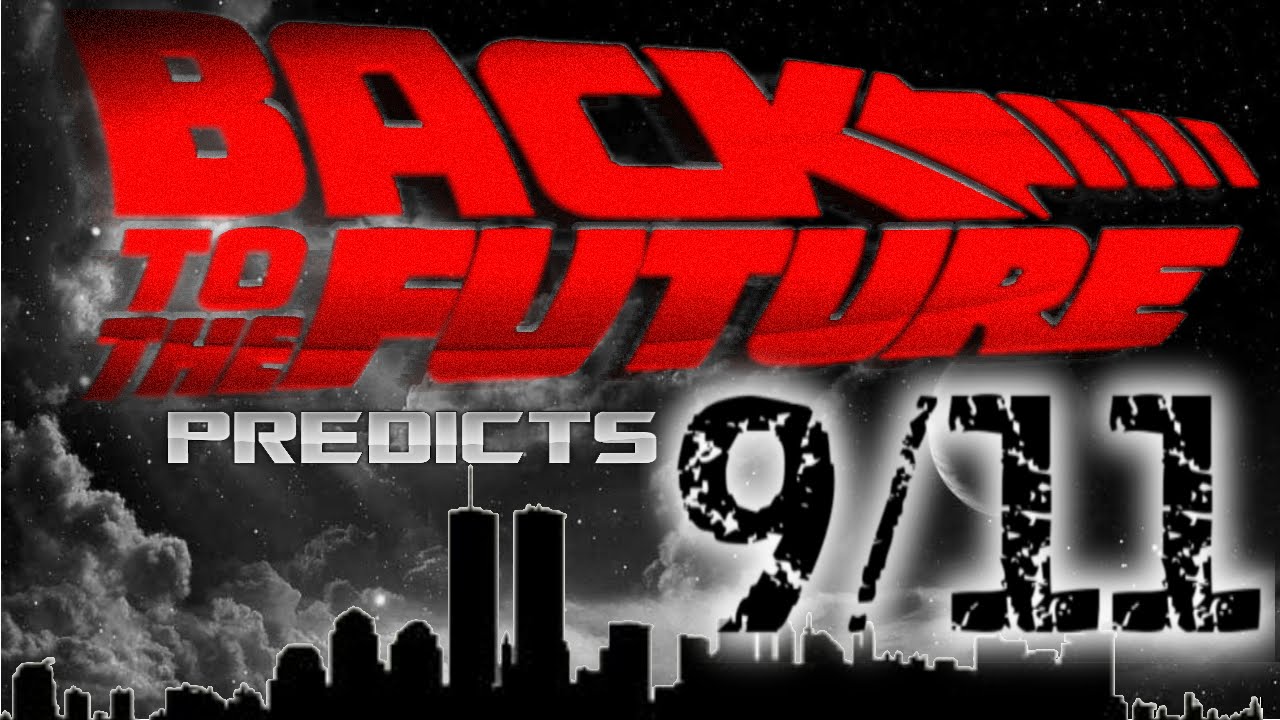 Great fun, thanks for that.

I see Loren Coleman’s name in the credits, fairly famous cryptozoologist and prankster and I expect many other puns whizzed over my head though Clear N Tent was a good un.

Glad to see Kubrick and Wizard Of Oz all present and correct.

One of the better TV series of recent years, Mr Robot, has lots of excellent Easter Eggs and sly clues, and no shortage of references to Back To The Future.

However, I will refer readers again to the above video clip. The children are heard to say KITE HIT STEEL PLANE MUST.

Even if you’re unfamiliar with an American accent this is plainly obvious.

There might be a misunderstanding with accent here. If so, it’s one of those zillion to one odds that surround all things 9/11.

(as an aside, 911 is the emergency telephone number in America - much like 999 is in the UK. If a bunch of muslim nutters really did carry out this attack, would they understand such a cultural connection? This question is not often asked)

And I have to reiterate that this was all happening just minutes before the first plane hit WTC1.