The Rule of Claw continues to rip through our human rights : Craig Murray's take on a recent judicial dictat 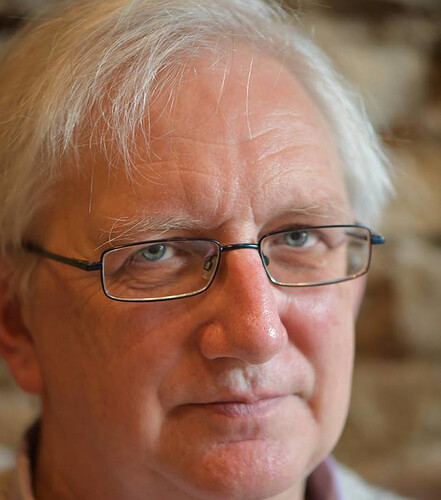 We are racing to lodge our application to the Supreme Court by Friday, so I am just going to post an email I just sent my legal team:

This is an extraordinary passage of the Opinion:

“(4) The applicant describes himself as a “journalist in new media”. Whatever that may involve, it is relevant to distinguish his position from that of the mainstream press, which is regulated, and subject to codes of practice and ethics in a way in which those writing as the applicant does are not. To the extent that the submissions for the applicant make comparisons with other press contempts, and the role of mainstream journalists, this is a factor which should be recognised”.

What does the last sentence mean in practice? Well, submissions for the applicant only made comparisons with other press contempts in two areas:

It seems to me much more likely she is referring to 1). In which case she can ONLY mean there should be a different sentencing tariff for bloggers than mainstream media. IN PRACTICE SHE IS ARGUING THAT BLOGGERS SHOULD BE JAILED AND MAINSTREAM MEDIA NOT.

If she did mean 2), she can only be arguing that a different bar for contempt? jigsaw identification? should be applied to mainstream media journalists as opposed to bloggers, and it is OK selectively to prosecute bloggers but not mainstream media for doing the same thing.

Either way, this seems to me a screaming red flag Article 10 AND due process area that ought to grab the attention of the Supreme Court.

It seems to me quite incredible to argue that an employee of Murdoch or other tabloids has intrinsically higher ethical standards than a former senior diplomat, British Ambassador and University Rector, and therefore the tabloid hack must be, openly and acknowledged, treated by more favorable standards by the courts.

Frankly, that is nuts. I find it hard to believe she wrote that paragraph – but I am very glad she did. It shows a very great deal indeed."

Got to admire Murray’s courage under fire. He hasn’t stopped punching despite being in the firm grasp of the beast.

I think his 1) and 2) are two sides of the same coin. I don’t think it’s about him being a lowly blogger (although they would hesitate to got for someone backed up by a big news baron) as much as his direct criticism of the legal system and particular people high up in the state apparatus.

Although it’s a stretch, that wording could be read the opposite way. Unregulated outlets, lone bloggers, etc, don’t have the checks and balances that might constrain a company employee and act to rein in a maverick.

Hypocritical as it sounds, Craig should probably be doing his utmost to reduce the risk of incarceration and playing the “oops silly me” card might do the trick.

It’s a card to play - “I had no idea this could theoretically help piece together a jigsaw of victim identification…” etc. Might even be able to retain the comparison with others who gave similar information without directly challenging the system.
Though if memory serves, he was defiant from the beginning ie all the way through the Salmond trial. Saying it was a stitch up - might be too late to be contrite.
As he thinks he’s being fitted up himself he probably reckons they won’t go easy on him anyway.
I also wondered if he might be compromised by the need to find the legal costs. Maybe the continued defiance is what motivates people to part with their cash. The left can be very pious about principle, in other people

I thought that a large part of the british press had in the main refused to agree to cooperate with the new post Leveson Press Regulator - IPSO - so what is the honourable lady talking about - as usual the press can print what the xxxx it likes and get away with it - with her ruling she states they should be treated differently because of these non-existent ( for some big names - FT Grauniad etc) controls.
Incidentally the courts seem to have used this triage approach to media access to courts during the lockdown without any justification. It is the same sort of crap that the US use to deny access to constitutional exemptions for the press.
This is the usual spurious arguments which when examined crumble into dust - but by then the case is over and the victim is serving time- unlike his MSM equivalents. 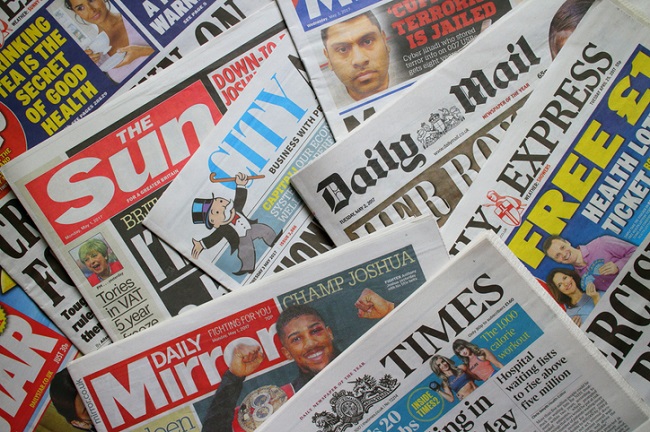 Press regulation - All you need to know - Politics.co.uk

An overview of the regulation of the UK print media and newspaper industry, covering its history, Leveson, and the arguments around statutory control.

PS I meant to add that since small news websites do not have the circulation that large MSM organisations have , the “damage” of releasing information to the public can never have the same impact which should suggest a more lenient approach for the little man, imo.

“PS I meant to add that since small news websites do not have the circulation that large MSM organisations have , the “damage” of releasing information to the public can never have the same impact which should suggest a more lenient approach for the little man, imo.”

True, raising the question of why prosecute the little man?
The blah about the ‘regulated press’ and their ‘ethics’ (lol) is irrelevant anyway, given that some of the press did the same as Murray despite any imagined constraints. I agree with Murray that the passage doesn’t make any literal sense - probably an excuse-generator to aid curious liberals.

He, quite correctly, saw the persecution of Salmond as part of SNP corruption. Less accurately he believed and still believes that careful refutation will magically change the facts on the ground.

While you’d think CM would understand how power works the allure of martyrdom has him intoxicated.

I think you’re right about CM’s self destructive narrative - after all, his fame derives from the ashes of his diplomatic career which he is never slow in repeating. He has been regularly on the wrong side of a number of events with a blinkered approach to a lot of subjects, although sound on most human rights issues.
On this issue I think he is right on Salmond but stupid to push the identity exposure. He would still be “in the game” if he had focused his ire at unnamed and unidentifiable witnesses found in the case to have made completely false allegations, seeking to press for their prosecution.
His knowledge of the UK judiciary surely must have been vividly stamped on his memory after his attendance and reporting of the Assange trial - why put yourself in the frame for the same treatment unless you see it as a perverse way of revitalising your political fame.

To be honest I wasn’t so much interested in CM’s position, I was actually struck by the obvious and openly hostile bias in the judicial statement. I have long recognised the fundamental failure of the judiciary in general to leave their personal background and political beliefs outside the courtroom - they have always been an appendage to the rich and powerful with only the odd exception, and even then to a limited extent more as an intellectual pursuit than a moral or ethical principle ( Denning, Bingham, Sumption?) In the past they have tended to be more subtle and opaque in their biased judgements. The Assange and Salmond cases just seem to be part of the Great Reset where the SICs openly proclaim their allegiances - we should never forget that they all know on which side their bread is buttered - it’s never our side, imo.