The narrative of the covid racket is slackening. Kit Knightly warns against easing off the fight 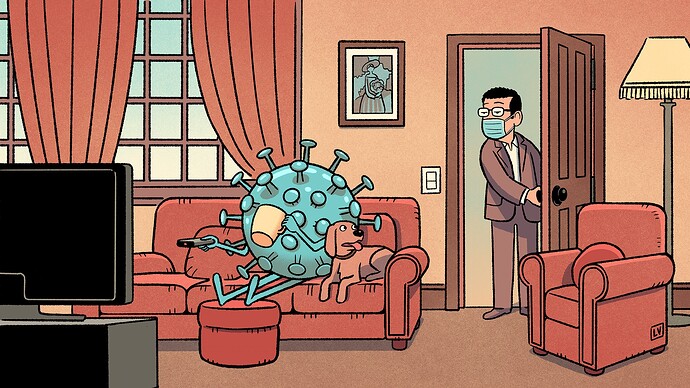 What they REALLY mean by “living with Covid”

Kit Knightly The past few days, even weeks, have seen a definite alteration in the media’s attitude to the Covid “pandemic”. There have been numerous examples of what, if the medi…

And Jim Kunstler’s angle on it:

Light It Up! | Kunstler’

Great article, great basic metaphor of an ‘occupying army’ pausing, under pressure, to consolidate their gains.

Now in fact is the time for counterattack, in every way possible. Be more aggressive with your non compliance, speak out. For example today I tried to get a coffee at a ‘Paul’ café here in Montpellier ‘passe sanitaire’ she asked, ‘no, but I’ve had Covid’, ‘sorry doesn’t count’, ‘that’s a form of racism you know’ ‘yes I agree with you, not my policy but I’m on your side’. basically that was it, but imagine thousands and thousands of conversations like that every day. Maybe it would do something. Of course there are demos and other actions too. Maybe you’ve seen the the video of Mercola talking with Pamela Popper?,

As an object lesson in “I’m so edgy and controversial, but not really” you might enjoy this from Mr Enormous Head on the Pretend Commie site Spiked…

tl;dr: Yeah but no but yeah but no, best not stick my neck out too much, go vaccines, will that do? 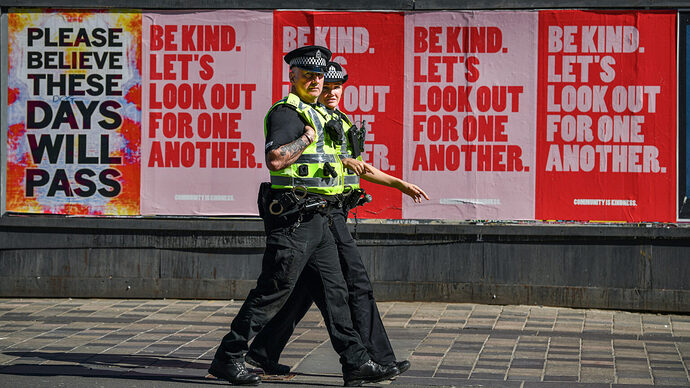 We won’t get normality back without a fight.

Did you get your coffee though @Everyman ?

Belatedly read this, and worth the wait. Not just the main thrust of the article: Omicron the “36 hour head cold” perfectly describes my state of health three weeks ago. Reader: I survived. Didn’t even make any selfpitying tweets because, you know: no sane person gives a toss.

No, the prize plum in Kunstlers article was the description of Ukraine as a “super-sized Detroit”. Perfect.

I’ve not visited either but suspect Ukraine is not even that good. e.g. no Apollo Brown, no Guilty Simpson, no Eminem, nor any of those other titans of hip-hop, not forgetting the Motown giants that paved their way. 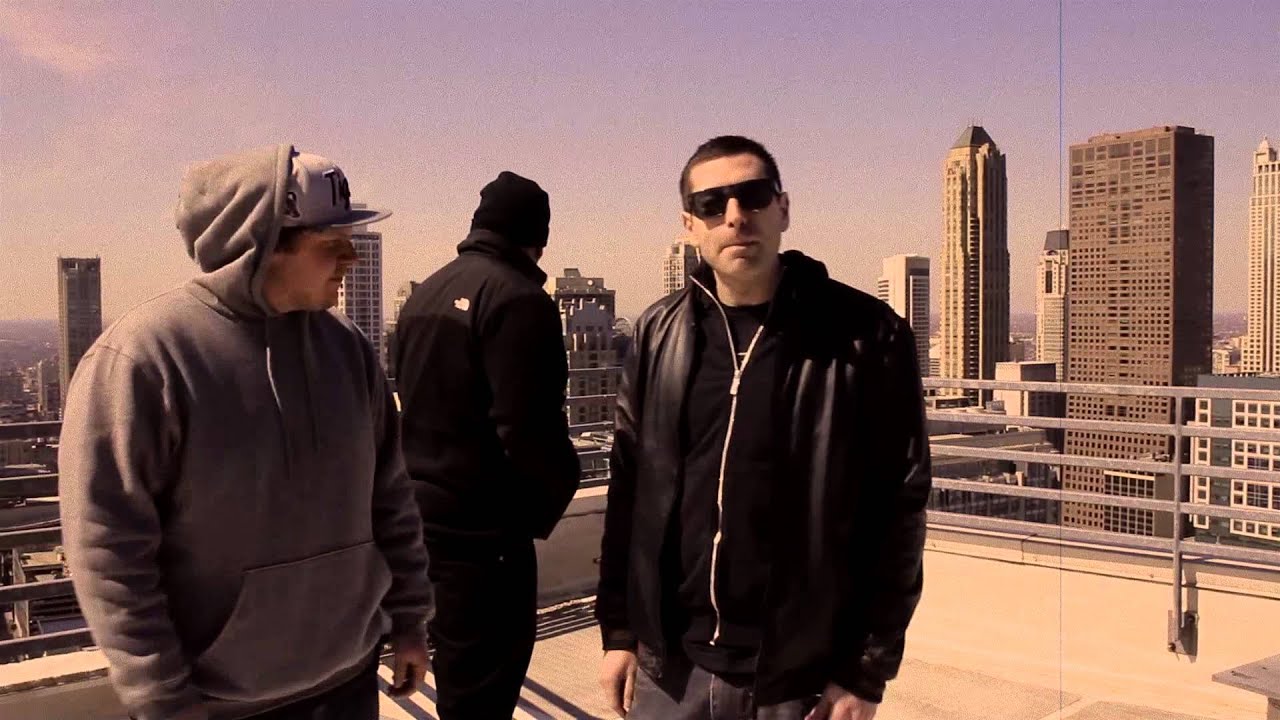 No, I came home and made my own. It’s quite a shock not to be served frankly, no matter how often it happens. It’s happened a few times, of course now I generally just avoid places where I may get checked, go to the Arab quarter of Figuerolles and no prob anywhere.

Yep, same with me here: we of the prole underclass in my neck of the woods don’t give a feck about the criminal covid rules. Sod 'em all. Same with the Arab underclass, I imagine. Why are the bourgeoisie such utter goodthinking suckers!!

Yep, the tide is turning. Definitely. See the vid that I posted under that headline, just nearby. Critical, transformative information from Mike and Wolfgang. We’re all marvelling at the way that ideas that we could scarcely take seriously a year ago are now looking like solidly-proven fact. Huge journey!

I see Brendan still has his head up his rectum about the poison-stabs, and the - alleged - mass-killing by the covi-flu. None so mooncalf suckerable as the radical left intellectuals!! The left, like doctors and scientists, have really buggered their trust rating with this complete debacle, haven’t they? (Starmer’s crew of soft, spineless uni-plankton bourgeois are now presented to us as ‘left’ alternatives to the terminally-incompetent, lying buffoon Bojo, FFS!)

Will standard-issue lefties, and particularly doctors and scientists ever get back to their previous level of public esteem? JMGreer proposed some time ago that they won’t, as the times change radically, and people’s zeitgeist attitudes change with them. Amongst his many polymath qualifications, John has a panoramic historical perspective about the currents that run through the longer periods of human society…

As I think I’ve posted before, I was a Branch Secretary for UNISON and a trade unionist all my adult life. Eventually the covidian ninnies who thought using Health and Safety would gain them political advantage and topple the nasty Tories, forced out working class people. Amongst which I am honoured to count my unmasked self. I will never trust the carefully worded sarcastic stab you in the back Left again.

And if that makes me a dick what of it?

Perhaps I could offer a new coinage, for people like me, and apparently you, K: ‘proledicks’? ‘Plebdicks’?

As you may have noticed, I’ve already taken the Roundhead option over the CIA-swindler coinage ‘conspiracy theorist’, by adopting it proudly as a badge of honour, since everyone in the world knows that conspiracies are real, and people get prosecuted and convicted for them all the time. It’s only ever a matter of sorting out the loonier theories from the sound ones; the ones that become accepted fact a year or so after they’re first sussed by the conspiracy realists. Like, for a glaring example, the ever-clearer fact that the covid scam is a huge criminal deception (though, yes, there is indeed a nastier-than-usual, though perfectly treatable, flu-like illness about). Anyone who hasn’t caught up with that clearly-emerging fact yet is asking for the ‘dickninny’ - or ‘ninnydick’ - label. Usually techno-entranced bourgeois uni-plankton, as they seem to be.

Being one of the first generation of children of the proletariat who got the chance to go to uni and college as a youth, courtesy of the first Old Labour social-democratic government, I find myself wondering a bit dispiritedly these days if going to uni was the right track for me, after all. Especially since in my later years I moved noticeably over to hands-on craftsman work. Perhaps instead of joining the world of the bourgeois-intelligentsia dickninnies, I should have opted from the first to be a skilled pleb, and glad to remain so.

My poor parents though, who were skilled plebs all their option-deprived lives, were so keen for me to grab the ‘golden opportunity’ of uni, which they had both been denied, for being plebs. I wonder what they would have made of the starmeroid bourgeois dickninnies who have taken over and emasculated their stoutly-supported Old Labour party…

What should you take to ease the discomfort of starmeroids, I wonder? Preparation Jez, perhaps? Probably gone off a bit by now, I suppose. We should make up a fresh batch.

Heaven forbid I should add fuel to any class war flames

Aprops of nothing whatsoever, dick that I am, I couldn’t help noticing the name of the company that makes the LFTs as per the photo below: 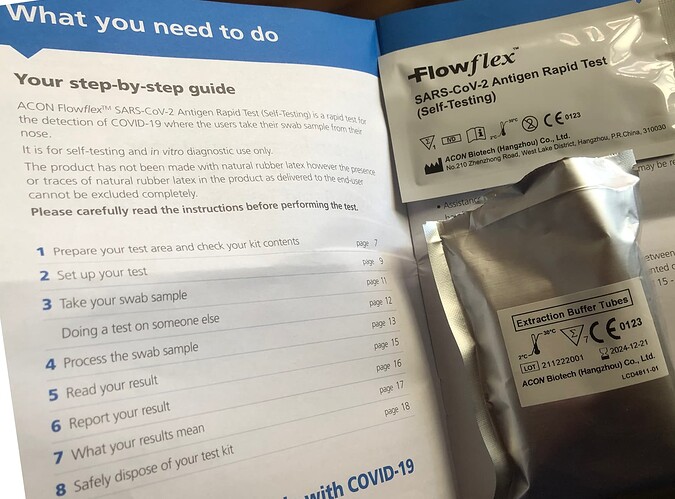 Naturally I realise how very difficult it can be to follow these internet threads and cause offence to Espace owners so in order to minimize the risk of anyone jumping to wrong conclusions and clutching their pearls: ACON. A Con.

I’m sure it’s simply to appear near the front of alphabetical listings like AAA cabs and ABC Hysterics Limited. Not a shortened form of aconite, for example.