The Flak Machine as a Fact-checking Gestapo

I wonder, to what extent has the PM’s 4th filter morphed into a fact-checking gestapo disciplining private citizens who publish perspectives that depart from official COVID narratives.

Welcome @dbroudy . For anyone like me, just sick of mainstream politics and lies, perhaps you could explain what the “PM’s 4th filter” is?

Flak is the fourth filter, used to target/undermine dissenting voices.

It’s pretty widespread, or seems to be, and it’s the impression that counts. If being disgraced, cancelled, hounded by activists, etc, is a realistic risk for an academic who questions the use of aluminium in vaccines, or an MP who insists that the cervix is a defining characteristic of a female, a percentage of such dissent won’t be voiced in the first place.

That buttresses the impression that “the evidence is irrefutable”, to pluck a random phrase out of the ether. Irrefutable not because of its evidence base, but because refuting it is just too risky.

thank you for the welcome.

seems to me when H&C were writing about manufacturing consent, they were drawing upon their observations of the political economy during the late '70 and '80s, but so much has changed in the media environment since the internet explosion. seems as though Flak is now so sophisticated and instantaneous in the digital world that anyone, any person, who questions the received pharmaceutical wisdom, for example, will be expeditiously pulverized by the prevailing cancel culture and its attendant bots and shills.

H&C’s concept of the Flak machine seems to have morphed into factchecking organizations (Poynter, Snopes et al.) who can deploy flak at a moment’s notice when anyone steps out of line online. doesn’t this seem to be so?

Welcome bro. Gestapo is the correct term. In Germany, though, it is forbidden to compare the govt or anyone to the N regine.

Many thanks !
It’s so odd and ironic and sad to see fascism in these times in presumably democratic governments, but here we are.
Isn’t that one of the clearest signifiers of fascism when the word police come to remind you that you can’t speak certain words?
I was starting to pursue some answers to this original question about flak because it seems that the fascists are now the corporate elites who bought off governments and control over major media systems. So, the old flak machines - big well-funded think tanks - seem to have changed into fact-checkers.
One of my students last week tried to point to Snopes as an authority I should consider more carefully.

My response was that maybe we should accept the convenient world being thrust upon us and dispense with all research and critical thinking.

I suggest that you set your students an assignment. Ask them to research the people and money behind Snopes

and all the other “fact checkers”. Same old, same old, like Welcome Trust, Open Society Foundation

When Snopes was the “urban legends reference pages” and stuck to assessing stories about mothman, and alligators in the sewers, it was at least quite entertaining, GeoCities UX notwithstanding.

I even recall when Dogpile seemed like a cute idea. 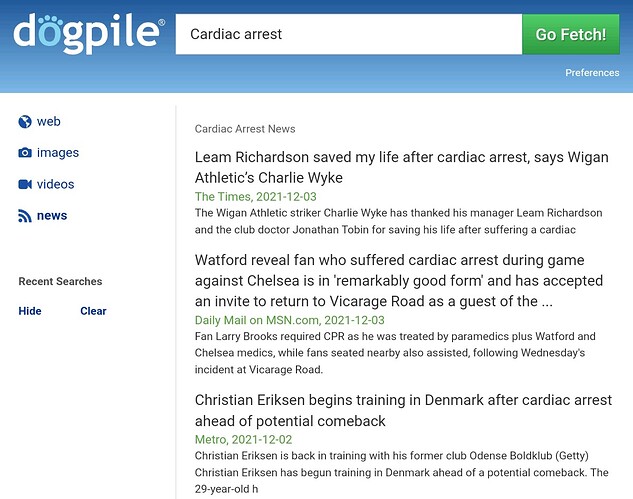 Any worthwhile criticism or any credible critic will, via algorithm based keyword tools, immediately become ‘known’ and their reach can be monitored in ‘real time’. When their reach ‘reaches’ a certain number immediately ‘counter criticism or critic’ information or analysis will be produced, and the more credible the source to produce this (for example, a ‘doctor’ a ‘PhD’, a ‘health official’, a ‘pulitzer prize winning journalist’, an article from a ‘scientific journal’) the better. Then other journalists with a ‘wide reach’ will cite the ‘credible source’ as ‘debunking the criticism’. Then the fact checkers have a ‘credible source’ to cite, and credible journalists to back up their citation.

This is where, also, the ‘Propaganda Model’ breaks down, because the assumption built into the model ignores the ‘Mockingbird Model’, IN SPITE OF THE FACT that any analysis of information shows that the CIA technique of ‘planting information’ to which government leaders can refer to defend their policies is documented again and again. My point, it can be done the ‘Propaganda Model’ way, or the ‘Mockingbird Model’ way.

Now, with all information available for super dooper rapid analysis via Machine Learning tools we must assume that the ‘Mockingbird Model’ is more accurate, simply because it’s so much easier now to assess information and counter it with misinformation, rapidly.

And, importantly, it’s much easier to assess the success of the ‘flak’, via Machine Learning tools, and thus CHANGE QUICKLY the flak, or add to it, or, key here: TARGET THE FLAK, creating different ‘recipes’ of the flak for targeted marketing purposes. One target market will accept ‘Snopes’ as a legit ‘debunker’, other target markets (us, for example) will not, BUT we will be targeted with another ‘recipe’.

Udo Ulfkotte: Was a Nationalist Journalist Murdered in Germany? | The Burkean

Occupied Germany and Ireland’s Alternative Timeline Think of the following alternative historical timeline.  In the 1970s the conflict in Northern Ireland spills over into the 26-county state with the Provisional IRA seizing effective control of...

Yes, indeed, @Everyman, really excellent points! Perhaps it is high time to parse the particular aspects of Mockingbird in the scholarly literature because the PM does not appear to go far enough in its critique of the prevailing structure. I’m not sure anyone has done just that in the context of the current Corona Global Theatre. @CJ1, Australia appears to be gearing up for full-on Gestapo. It is amazing, truly, to witness the depth of control gained over public knowledge and awareness through mass media.

Wow, that’s a key article for media critics, thanks CJ1!