Here in the eastern end of the Charente we’ve just had another 24 hour outage of phone services. It lasted from Wednesday afternoon to Thursday afternoon. Automatic petrol pumps, ATMs, card payments, nothing worked. On Thursday a lot of businesses were closed, yet at lunchtime the restaurants were still busy; nice to see people still using cash (come hell or high water you won’t prevent the French from ‘doing lunch’).

We had a similar outage a few weeks back. There were lots of reports of sabotage and telephone lines being deliberately cut. This was shortly after Macron was re-elected. Thus far I haven’t heard any similar reports about this latest telephone outage.

This brings me onto the latest livestream from the Duran, on Thursday. The two Alexanders and Gonzalo are all pro-Russian, yet they give a very important different point of view against the childish crap pumped out 24/7 by the western media. 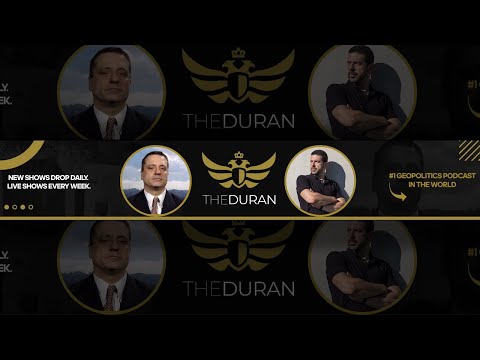 Note that datum offered by Alex. Mercouris: that a close friend in Greece tells him that his electricity bill, normally around 90 Euros a month, has just risen to 320 E! About a 350% jump. Alexander’s own fuel bill is set to double this year, having already jumped by about 50%! (Insert your own similar anecdote(s) here.)

How is stuff like this NOT going to lead to riots across Europe - including the ukstate - before long…? And the sooner the better: turn the Brussels Prats out of their - unelected - silk-lined, gold-plated sinecures and get some reality-connected leaders into place, pronto!

I wonder if Sinn Fein’s majority in - of all places! - the FOSCOE (foreign-occupied six counties of Eire) might be a straw in the wind of a steadily-changing mood amongst the - largely disenfranchised - common voters of Europe? From the outset, this was an English-empire swindle: a fake statelet originally gerrymandered to ensure a permanent unionist majority; and yet this…

I shouldn’t be surprised, of course: I’ve been preaching for years that The Limits To Growth are coming to get us all, do what delusional bollocks we will. And now what we’re seeing - triggered, as it happens, by Russia’s actions to repel the advance of NATZO weapons to their very borders, but which was always going to erupt from some passing proximate cause - is The Limits finally here and manifesting.

This is a first taste of the real, non-startrekky future of industrial civ. Looking at the criminally-insane hyper-techie-techie hallucinations of loonies such as Hararai*, the would-be Lin Biao of the WEFoids, I’d say that TLTG are starting to flex their muscles just in time to sweep all this lunacy away, thank god!

BTW, my turf-grown potato plants are looking rather sprightly, after the recent belated April Showers…

*A - nasty - taste of his toxic lunacy here: Yuval Noah Hararai | "We Don't Need to Wait for Jesus Christ In Order to Overcome Death"

PS: My electricity bill, living the life of Riley here below the official poverty line - hah! - was £18 last quarter. The path of voluntary poverty has multitudes of benefits to offer; so long as you “Collapse early, and avoid the rush!” (JMGreer), and take care to get the essential neo-peasant living skills well polished up in good time - which is now very short… (Can YOU grow potatoes in turf; reliably; this year…?)

Another straw (in the wind, that is…)

My best-beloved is going to love this as a developing trend, because she is one of the honorary human ‘Foals of Epona’: a follower of the old Celtic Horse Goddess; loves horses passionately, and is always working with them: 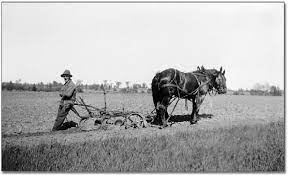 Lithuania is returning to pre-industrial economy

According to LRT, Lithuanian farmers return to pre-industrial farming methods amid rising fuel and raw material prices. The latest surge in oil and gas prices as the west responds to Russia’s actions in Ukraine caused a sharp rise in costs for all...

How is stuff like this NOT going to lead to riots across Europe - including the ukstate - before long…?

Excellent question bwana. It’s already starting elsewhere in the world and it’s going to get a lot worse over the next few months…

“It is also evident in the fact that these protests are no longer just contained to Tehran, the capital city, and other urban areas. We are seeing protests throughout the country in urban and rural areas and throughout the very vast and diverse Iranian population.”

protesters angry at the soaring prices of everyday commodities including food, have burned down homes belonging to 38 politicians as the crisis-hit country plunged further into chaos, with the government ordering troops to “shoot on sight.” 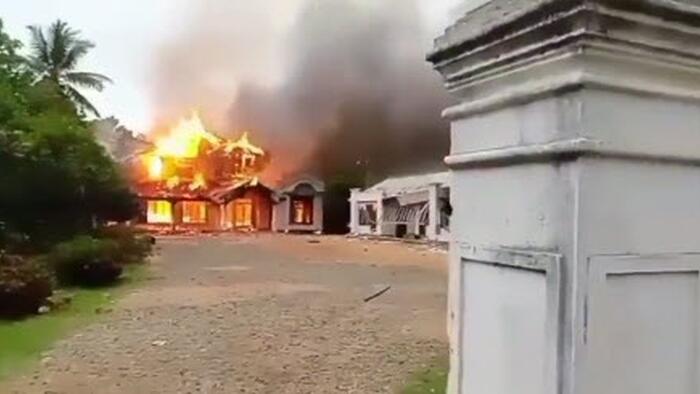 The Arab Spring 2.0 is about to make a grand entrance.

Time Is Running Out to Save Sri Lanka from Total Economic Collapse | naked...

I wonder how long it will be before Europe catches fire…?