Striking re-conception of 'Europe', by Batiushka, at Saker

Batiushka has already given signs of being erudite, and something of a visionary. This survey of the history and possible future of Europe furthers that reputation:

It’s one possibility that’s being outlined, and if a nation state is an imagined community (Benedict Arnold) then a grand construct like Europe certainly is too. Reimagining those communities is happening, for sure, BRICS is a good example that the Old Woman mentions.

A danger not specifically mentioned, as far as I could see, is the tendency for frictions to develop at boundaries. The breakdown of the Yugoslavia construct was a good example. A fragmentation between Us and Others was helped along by egregious external interference.

If the cement that bonds France and Germany is degraded then nationalisms, or the linguistic/cultural affiliations described in the article, encourage reimaginings of borders, displacements of people rendered Other, and many opportunities for divide and rule by globocap.

Identity politics is a different deal from the same deck, and I recall that Eric Berne described this Game as Let’s You And Him Fight.

I largely agree with Batiushka.

Europe, and particularly the EU (which has always been an American proxy), is over.

This will start to become very apparent this coming Autumn and Winter, when western Europeans will begin starving and freezing to death in large numbers.

This has nothing to do with the Brexit stuff. It’s because the EU and associated nations are now run by a bunch of corrupt wasters, who shouldn’t be put in charge of a car park, all doffing their caps to Washington.

We are going through a tectonic political shift, maybe the biggest in history.

a tectonic political shift, maybe the biggest in history.

Yup, as I said, the friction develops at the boundaries.

I read an interesting, but arguably over-long article on ‘Gilets Jaune 2.0’ particularly, but which addresses the wider theme of Eurofragmentation.

A Guest Essay by Renaud Beauchard

On a lighter note:

Karen, we need some lighter notes; much enjoyed.

Graham Phillips has now been sanctioned by the UK government… 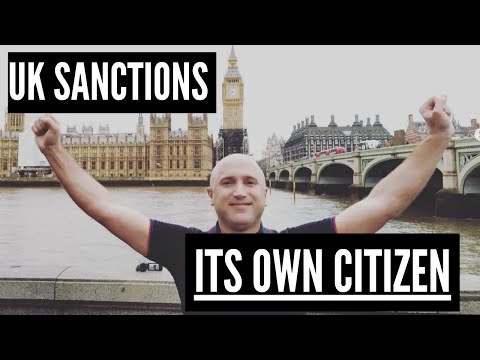 … who have already sanctioned Putin’s two dogs (no, I’m not making this up). But don’t worry, while we all starve and freeze to death this winter we’ve got to ‘stick it to Putin’.

I heard about that. As mentioned elsewhere, the Malone/Berenson spat led to me ignoring both. Philips launched a gratuitous attack on Patrick Lancaster a couple of months ago, and I stopped following both.

Maybe it’s that there’s something oddly unappealing about territorial pissing.

Being sanctioned is almost a meal ticket these days, so there’s that.

Well, being sanctioned is a front-row seat to watch how these days the sanctions fly unerringly straight through the feet of the sanctioneers. LOL? It’s enough to make you wet yourself!

Obviously, the thing here is the principle.

Graham Phillips wasn’t everyone’s cup of tea. He was a minor figure in the world of vlogging (a German woman called Alina, reporting from the Donbass, has also been sanctioned by the German government).

This is governments criminalising their citizens for speaking out against them.

Sanctions mean that the government will take all your assets (house, bank account, etc). This theft has been going on in Canada, Australia and NZ all this year.

It now seems to have been confirmed that all Graham Phillips’ assets in the UK have now been seized by the government (including a house).

You can laugh about it, but this could now easily be you, me, or many others here who are critical of the government.

If I was flippant that was not to suggest the consequences at the level of the individual are any less catastrophic. The mobsters definitely won’t tolerate anyone who threatens their version of reality, online harmers or disinformationists, covidiots, transphobes, any label will do for justifying the dispossession.

Even so, squabbling amongst themselves doesn’t especially help matters. Phillips essentially said Patrick Lancaster was a phony/grifter and implied that he, Phillips, was the more trustworthy source of anti-establishment info. Which is exactly the same game that the trusted sources play.

Wishing him well, and avoiding his content, aren’t mutually exclusive. 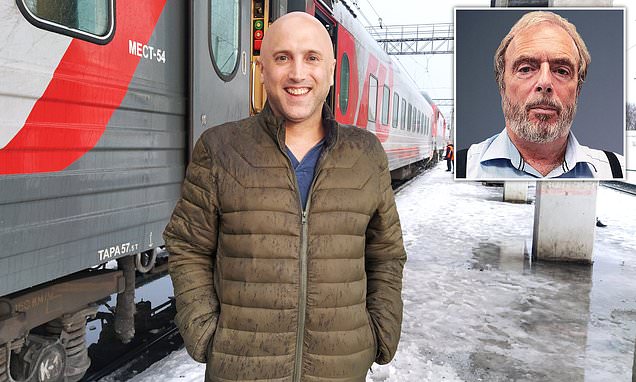 PETER HITCHENS: Freedom for all means freedom for nasty people

PETER HITCHENS: The danger is that, because Mr Phillips is so hard to like, the Government will get away with it. And then, when it uses the same powers on somebody else, it will be too late to protest.