This is a succinct and well thought out piece on power -v- strength. A point that Patrick Lawrence does not make, and which I would add to the viewpoint he advances, is the increasingly common mistake made by so many States. They are able to coerce their citizens into sullen compliance (Canada seems to me the exemplar these last three years) and they mistake that for strength and become complacent. Ceaucescu, for one, made this same fatal error. 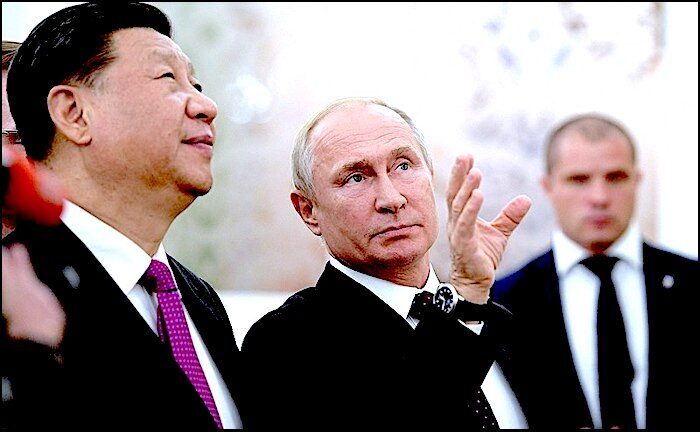 Patrick Lawrence: The strong, and the merely powerful -- Sott.net

Vladimir Putin's speech from the Kremlin last Friday, delivered to the nation and the world as four regions of Ukraine were reintegrated into Russia, was another stunner, in line with numerous others he's made this year, demonstrating a...

It was a brilliant speech, and marks the end of sitting on the fence. now with the blowing of the Kerch straits bridge - with a suicide truck bomb it seems, the gloves are off.
I’ve not posted here for a while, too taken up following journos in Donbas and charting Kiev’s war crimes. Interested to know how you’s all are placed? 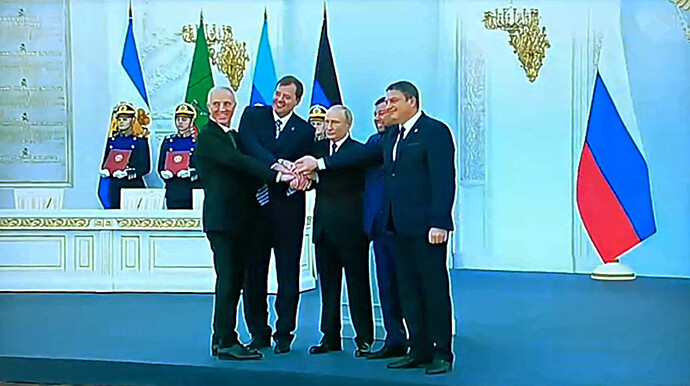 I’ve spent a while reading through your last seven or eight posts David, and tbh they make my blood boil. The depths of cruelty and cynical manipulation are terrifying because really what prevents such trickery being used on fellow citizens? Which is not to imply that the lives of people in Ukraine, Syria, Russia are of any lesser value but they can, if you are that way inclined, be framed as enemies. But then so can antivaxxers and domestic terrorists or MAGA Republicans, election deniers, Putin sympathisers and journalist like Eva Bartlett. A vicarious wish for revenge on these brutes, Elensky most particularly, is probably skewing my reaction so will say no more. I do worry that Russia simply is too civilized and patient in its responses and that this is seen as weakness by the NATZO apparatus.

You know when you’re on the beach in that tropical paradise, and the sea suddenly goes out to beyond low-tide mark, in just a minute or two? That’s when the knowledgeable people grab their children and spouses, and start running like hell for the nearest tall, solid, steel-framed building, shouting to everyone else to run too, as they go. They know that the tsunami is about to visit.

If I were right now a NATZOid Kievan thug in what has just become Ukrainian-occupied Russian Novorossiya, and viewing all those vids of huge road columns and railway trains of men and materiel pouring westwards from deep inside Russia, I’d be sprinting for the exits too.

NATO personnel and mercenaries inside the Ukraine need to scram westwards right now, just to have hope of staying alive. And keep a watching eye on things going suddenly haywire with all the Western orbital snooping hardware above the Ukraine, over the next little while…

The basic, thousand-year-old, constantly re-demonstrated message couldn’t be simpler: Don’t feck with the Bear! Too much Strength! Even Chingis’s heirs had to retreat eventually. The Rus are much better as allies…