…and twenty years of our lives fighting over it… I know others also thought; “right now, now when we want to start this millennium at peace! Right f**king now!”. We knew it was the start of something very bad that we knew could happen, the consumerist state was attempting to defend itself against sources of economy it could not control and reimpose dominance for, simply, as long as possible, however, being based on non-renewable (incl. with regard to its methods and “channels of influence”), resources that are now disappearing this “final empire” will last for a far shorter period than the previous. It was also part of a plan to achieve dominance that was based on the delusion that the military-industrial complex will, indeed, pull a rabbit out of the hat regarding radical energy sources! That issue is interesting, because, many in the environment movement and alt.media fail to realise the significance of the “broken mathematics” that particle beam accelerators represent (we could include; cryptocurrencies, incineration, nuclear power -nuclear weapons and depleted uranium-, WiFi -integrated science-), belief in them is at the heart of neoliberalism (as is the stubborn inability to realise when one has been duped)! This was, after all, the World Trade Centre… 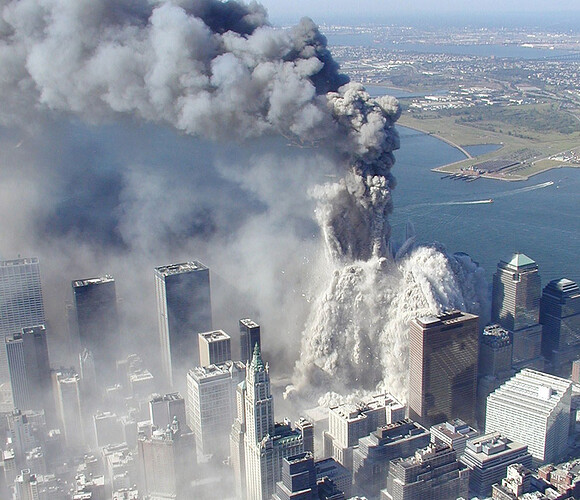 For me the figure that much of the storm surrounded afterwards was Mercer, I think that, despite the dangers, those responsible for the attacks let Mercer roll around on deck and his presence was dangerous for a while, under Bush, Obama and Trump, but now all best droogs again under Joey Biden (clever stuff)! 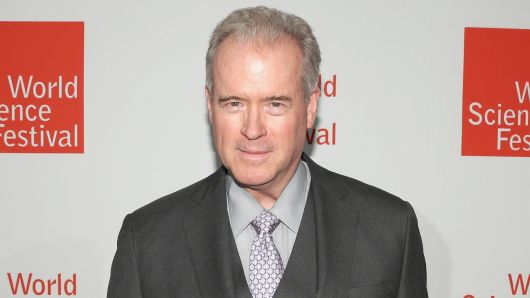 End of the Affair: https://www.youtube.com/watch?v=cv-0mmVnxPA?

"As an icon the “Twin-Towers” represented the “New (market-lead/financial) Jerusalem” of the late 20c, is it any surprise that the dewy-eyed dream should end on such a note or that the 21c should be forced to begin with blood-on-its-hands?
Something else the Powers that Be seem to like to keep quiet is that there were at least two floors of offices belonging to Mercer and his associates in the Twin Towers, he and his friends are now engaged in (often “not so”), civil strife with the rest of the Republican Party; “Things fall apart, the centre cannot hold” was Yeats’ assessment as; “mere anarchy is loosed upon the world” (“The Second Coming” W.B.Yeats, go to: https://www.poetryfoundation.org/poems/43290/the-second-coming
).

Quote; “Wayne Anderson, an Avionics Technician is interviewed by Rob Balsamo, Co-Founder, Pilots For 9/11 Truth. Wayne reveals his observations of a remote guidance test on a Boeing 757 in which technology was used to control the aircraft remotely, while also being able to “Lockout” the Flight Crew from overriding the autopilot system in order to regain control of the airplane. The following interview discusses the details of this test which was performed prior to September 11, 2001, the violations of FAA regulations and the possibilities using such technology.” go to: http://members5.boardhost.com/xxxxx/msg/archive/1512081442.html & http://members5.boardhost.com/xxxxx/msg/archive/1512033259.html , also see;
“The 9/11 Document that Launched US-NATO’s “War on Terrorism” in the Middle East”" go to: https://www.globalresearch.ca/the-mysterious-frank-taylor-report-the-911-document-that-launched-us-natos-war-on-terrorism-in-the-middle-east/5632874?print=1 ": https://www.arafel.co.uk/2018/03/the-whole-story-epidemiology.html 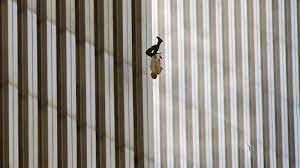 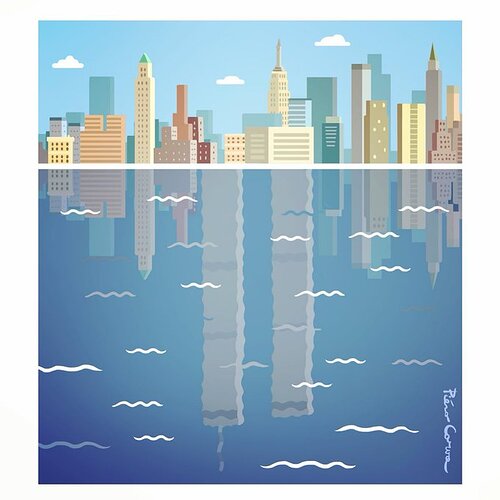 For me, your first photo really shows it.

This wasn’t the normal collapse of buildings.

Something very strange happened on that day. 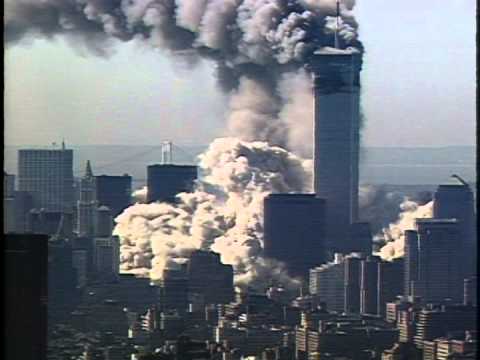 The rest of this massive structure came down in 7 seconds flat; freefall speed. The cofferdam that WTC was built on was not damaged (the whole site should have been flooded). There was mostly only dust. The towers contained thousands and thousands of toilets, sinks, showers, etc, all made of ceramics, and ceramics are very indestructible.

Nothing found. Nothing left.

What converted me to understanding that it was a false flag was a two-step realisation. The first was Mike Ruppert’s article, published on his website, with the headline: “It’s A Lie!” I can’t find a quick reference on it now, but I have a memory that Mike published it within days.

The second was an energy calculation by some physics-literate commentator whose identity I’ve now completely forgotten. In the welter of voices shouting about the atrocity immediately afterwards, his didn’t stand out the way Mike’s did. But he walked calmly through the simple energy equations that allowed a credible estimate of the amount of energy that would be ESSENTIAL to reduce all that weight of non-steel components of the buildings to dust - as anyone can still watch happening today in all the vids still publicly available. That amount of mechanical work demonstrably required several times the amount of potential energy due to gravity that the weight of the buildings could generate by falling. Concrete, porcelain and such does not crush easily. It takes a lot of work. And most of that was done in the few seconds before the larger debris hit the ground.

Once a suitably physics-literate mind realises that basic fact, there’s no going back: The only then-and-now available source of such large amounts of energy in such a short period is explosives; that meant buildings pre-rigged for controlled demolition; and that meant, as numerous commentators have pointed out, actors high in the power-structure of a state - or two states, as it happened - to arrange it. No other credible entity was around at the time to put in the fix for the loading of the buildings. It had to be plotters from amongst the US and/or zionistan ruling ‘elites’. No-one else had the extended privileged access to the buildings, or the clout, to make it happen - on purpose, of course…

Two jets loaded with kerosine doing all that to three buildings? Joke! Only credible to the engineeringly-challenged.

Rhis, I don’t want to get too grizzly. However, with regard to ceramics, human teeth and bones will also survive just about anything.

Nothing was found at Ground Zero. The only body parts they found were from people who had been at the bottom of the buildings when they collapsed.

There were thousands of people in the twin towers.

Oh really…? What a nightmare…there’s
also footage of the most incredible piece of flying, terrifying and meter perfect, as the United Airlines jet hit the Pentagon …f**king incredible…these guys had only recently qualified, the FBI had spotted them being trained in the U.S…these were not experienced pilots (I wonder if they even knew they weren’t flying the planes as they crashed), .afterwards Boeing commercialises the kit that would have been necessary for the traitors to have smuggled into the Pentagon…ooooooohhhhhhhh…!!! That’s arrogance…