Covid vaccine teenagers: ‘My parents won’t let me get it’ 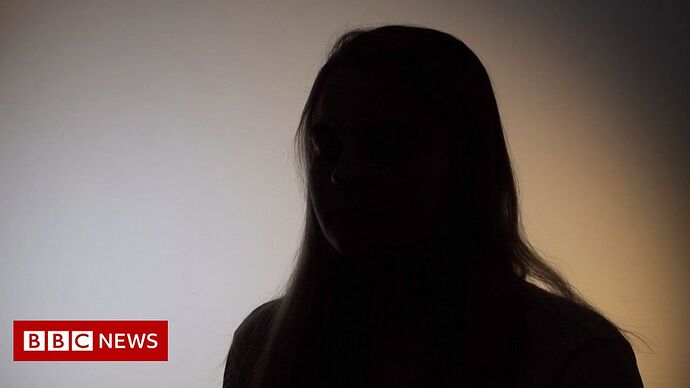 'My parents won't let me get the Covid vaccine'

In some countries, the Covid-19 vaccine can be given to all teenagers over the age of 12 but not all are allowed.

Although this is from September, the video of teenagers is popping up on BBC vaccine stories (like this one today, Covid-19: France to relax travel rules from the UK - BBC News, where it just says " You may be interested in watching…", making it difficult to share just the video.

It begins with a heartfelt teenage voice saying “It’s a terrible (with emphasis) feeling, when you want to be a part of something, but you’re not allowed to”. Of course it’s a teenager with ‘anti-vaccine’ parents, and you can guess they are described as ignorant and oppressive.

In the middle a teenager, essentially a vaccine campaigner, says

“We are in the trenches, helping teenagers and parents get trusted information about vaccines, and de-platforming those who are actively trying to spread disinformation”.

So it’s not just about the plight of poor teenagreas trapped by ignorant parents. (Of course that’s okay with the BBC, as long as the ignorant parents favour the vaccine).

Teenagers are deciding what is ‘disinformation’ and tugging heartstrings to shut down opposing views. I.e. the ‘repressed teenagers’ are supporting the campaign to vax everybody.

Or perhaps, they are just being exploited to undermine parental control, and adult memes are simply being put into young mouths.

Fear of missing out… though on what…? It must be great to recoup all your R&D overheads by way of gratis marketing. That’s if money conjured out of the air wasn’t used to fund the Research also.

On which subject, digressing wildly as ever, I was chatting to a Mathematician friend the other day and she followed up a day or two later with this interesting message (maths is the M at the end of the abbreviation STEM)

A lot of cash has been found for transhumanism research though. Which is what the sinister reference was about.

Most teenagers in France are ‘with the narrative’. That is slowly changing, I think.

Here is a recent trweet from Dr. Peter McCullough on the subject.

didn’t like my message, so they removed my content. Reaching the #youth to inform and educate them on c19 is nearly impossible since #SnapChat & #TikTok is their main source of news and education.

@P_McCulloughMD
@tiktok_us didn’t like my message, so they removed my content. Reaching the #youth to inform and educate them on c19 is nearly impossible since #SnapChat & #TikTok is their main source of news and education.

It must be great to recoup all your R&D overheads by way of gratis marketing.

I can’t remember where I heard this (Mike Yeadon perhaps?) but the quote is something like “Pharmaceutical companies are like banks with a pharmacy on the side”. No salesmen, marketing costs, liabilities etc. Just generate the money