Medialens: an odd glitch in logic

Just caught up with the Davids’ latest mailout, linked below. An odd contradiction surfaces in my reading of their essay:

They speak of ‘The Medium’: the combined impact of all the ‘news’ media outlets; what I characterise as ‘The Permanent Bullshit Blizzard’ - the PBB. And they make the usual pretty watertight case that for many of us, what spews over us from The Medium seems to be more real than what we actually witness with our lying senses, simply by looking around us, and remembering all the things we’ve seen over a lifetime: simply looking to see, and giving due weight to what we actually witness directly.

I applaud their insight. That is surely what rules the lives of so many of us, at least amongst the Pampered Twenty Percent; and it forms the underlying social indoctrination which we take in, and treat as if it were gospel: unquestionable.

So - dead right so far. But then they go on to sound their perennial alarm about catastrophic climate shift, anthropogenic, of course. And they treat it as a matter of steadfast faith. They quote the usual litany of ‘unprecedented’ weather events as evidence.

And I suddenly think: Hang on a bit! Where exactly do you get the knowledge of these allegedly-unprecedentd events? By looking out of your window, or better still, walking out into the nearest rural landscape, and noting closely, year after year after year, what you’re actually experiencing, unmediated; and then checking it against all your unmediated memories of earlier such days? And also, whilst we’re at it, have you noticed those compilations by climate-disaster sceptics of newspaper reports going back into the nineteenth century of equally ‘unprecedented’ weather events, as extreme or more so even than now?

That’s what I do these days. And it offers an interesting, and not exactly panic-inducing dissidence: the weather I witness, right here, is not drastically different from what I experienced as a soaking-everything-up tot, eighty years ago. Nor has there been anything way outside this norm in the interim.

What I’ve witnessed - directly, through my own lying senses, plus common sense (that undervalued commodity in our time!) - is that Britain has slipped - just a bit! - away from Scandinavian climate, and towards Mediterranean climate. Just a bit.

Then I add into the mix my - disgracefully-belated! - closer inspection of the climate-catastrophe sceptics; where I discover thinkers and researchers who, on first close, critical inspection, really don’t seem like loonies or shills for special interests. On the contrary, appropriately-qualified people speaking what comes across as calm - and heavily-evidenced - dissent from the big (highly politicised) consensus.

Add further to the mix the insight that’s come over literally millions during the covid swindle: that ‘experts’ need to be treated with cautious scepticism; that such ‘experts’ are as susceptible as anyone else to conflicts of interest, and will usually lean in their opinions towards whichever stance safeguards their own immediate standing - and prospering - in society. Thus, if they’re receiving vital career-funding, and the appropriate social approval, from some wealthy and powerful special interest faction, then that’s the way their ‘expertise’ will lean. Shockingly true of scientists and medical professionals too, it’s been widely witnessed. In a nutshell: real science sticks with the absolutely foundational principle: Question EVERYTHING! Sure, stay open-minded, also at all times and towards everything. But eschew too rapid and too easy a trust; of anything, or anyone.

And finally, add in that recently much-enlarged insight: Beware the technocrat class! Treat them as what they really are: troobleevers who’ve been through their own version of madrassa indoctrination, and who are now blissfully confident that they are supremely better able than we mere, more ‘lightly-educated’ hoi polloi to understand the world’s problems; and to prescribe the absolutely-surefire solutions to them. Yeah - as a lot us have started to snort - right!

And so, in light of of all these currents sketched above, I get the sudden suspicion that those excellent good lads over at ML might just have slipped, themselves, into this error that’s so common; precisely the one that they describe so correctly in their post: allowing personal perceptions to be swamped by the secondary, mediated perceptions constantly fire-hosed over us by The Medium. Swamped despite themselves by too much exposure to the PBB - even from a sceptical stance; even that simply does not guarantee immunity from the silent seeping in of the PBB lies to the depths of our minds.

I just wonder whether the Davids might be due a Road to Damascus moment, when they suddenly realise that their long-sustained climate desperation just might be a construct - a virtual construct - of The Medium…

That’s certainly the standing water in which I’m floating so undecidedly right now: IS there a real - and really anthropogenic - climate disaster looming? Or - possibly - not? Instead, just the same complex cosmic Sun-and-planets cycling as always - but with a lot of habitat destruction by humans (perturbing Gaia’s planetary homeostasis mechanisms just slightly) in the latest iteration of the cycle, as a - very small - extra grace-note in the perennial dance? 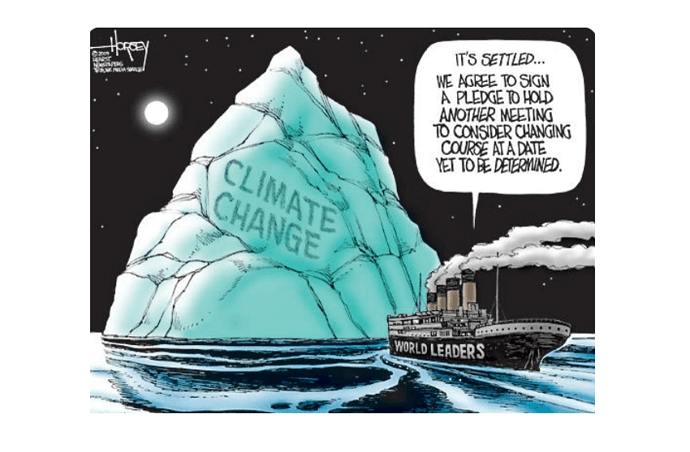 The Medium - An Appeal For Support

On November 15, as 90 Russian cruise missiles struck at Ukraine’s energy network, a companion US-UK propaganda blitz blamed the Russian missiles for the deaths of two workers on a farm in Poland. This was a big deal. Poland is a member of Nato and...

Briefly (I’m supposed to be ‘working’), The Daves’ take on this climate psyop is very disappointing imo - - I mean they literally wrote the book, ‘Propaganda Blitz’ - yet we find them uncritically citing the IPCC - that outfit, if not actually set-up to screw us over then at least ‘captured’, doesn’t appear to have been investigated by ML in line with the scrutiny they reflexively apply when ‘alerting’ - - on the contrary, in this matter it seems to me that the Daves are bolstering the PB!

Oh me oh my, this bit really was flecked with irrational spittle…

Now that the courageous, smart and principled heroes of Just for Oil, Insulate Britain and Extinction Rebellion are trying to save their lives, your lives and our lives by exposing the truth of fossil fuel industry insanity, the Medium is branding them narcissists, traitors, public enemies. Trashy, billionaire-owned, capitalist tabloids are assailing the opponents of runaway capitalism in the name of ordinary working people.

…With affluence comes increased possibilities for avoiding the natural dukkha (discomforts/unsatisfactoriness) of life. Habits of avoidance lead to increased unawareness, then, until around mid-life we discover our heart has grown numb and we wonder why we have become addicted to distraction. The entertainment and travel industries profit from this situation but our hearts are not necessarily enlivened. That which brings warmth and life back to our hearts is reality, or Dhamma. If we are interested in being happy it means we are obliged to be interested in reality (my emphasis) Thankfully these days we have access to many great teachings that can help guide us through the quagmire of denied life and in the direction of reality.

A traditional monastic residence for about nine Sangha members and an adjacent lay retreat facility known as Kusala House.