JMGreer on the dedicated futility of such as Mistruss and Dobbin; and on what WILL work

Posted in the Spirituality category because essentially what we’re looking for is a profound change of basic attitudes in our current worldview, and new, real thought-leaders from outside the current political establishment who can navigate the change.

Note that John is one of the more perceptive clear-seers who does reckon that there’s some degree of climate crisis, possibly allied to excess carbon dioxide in the atmosphere, and that it will indeed cause difficulties for us in the future, but that it’s been wildly over-blown by shysters pursuing illicit political purposes.

Fwiw, I think that John could be slightly behind the curve on latest exploratory thinking on what the minute percentage of CO2 in the atmosphere really does in the matter of greenhousing. Once you begin to survey the propaganda-trashed dissidents on the climate arguments, you find that, listened to properly, they have something vital to add, and that the overall upshot of their input is that - erm - the climate scare has been exaggerated quite a lot, for murky political purposes not connected to actual science: 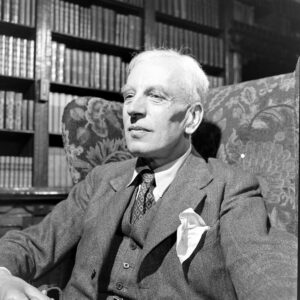 Among the most curious features of the current predicament of industrial society is that so much of it was set out in great detail so many decades ago. Just at the moment I’m not thinking of the ex…

They are about to nuke the planet, and you are worried about CO2!?

Has god told you that Rob, or does it just “stand to reason” (which it rarely does, of course, in the event, things being so much more subtly complicated than we like to kid ourselves)?

And as a matter of fact, I grow less and less ‘worried’ about CO2. I think we’ve been led to believe that it’s much worse than it really is, and that that propaganda meme is now passing its self-by date with increasing numbers of we commoners. (Thank you yet again to the covid swindle, for loosening everyone’s previously unexamined trust in saintly authority figures.)

The ‘climate crisis’ gets to be seen more and more as just another example of the widespread, and increasingly recognised, trahison des clercs - read careerist technocrats - than anything objectively real…

Rhis, apologies for being a bit snappy.

I think many of us are a bit snappy at the moment.

Whomever controls America (and that doesn’t include a demented President) has just blown-up the two main gas pipelines that supply Europe.

As a result of this a large number of people are going to starve and freeze to death this coming Winter.

I’m sick and tired of people making excuses for the totally criminal and psychotic entity that is called The United States of America.

It’s done. Fuck off and die (and you’re not going to take me down with you).

And by the way, the views I am expressing here are shared by many Europeans.

The EU will be gone by next Spring, at the latest.

This corrupt pile of unelected fecal matter won’t be able to survive this.

I talk as someone who’s very pro-European (I’ve lived in France for decades).

I could go into a long rant about it all.

Basically, the EU is a projection of the American Empire.

Have I ranted enough…

No over-ranting at all, Rob. I too have nothing but contempt for the unelected compradors of the Anglozionist empire - including La Truss - who get shoe-horned into positions of power in Europe - including in the European state of Britain - without benefit of genuine elections. No legitimacy, and no future for them! Roll on the Russian victory in the Ukraine, and the consequent death of NATZO, asap.