Is the Ivermectin truth about to explode?

The comments underneath are even more interesting.
Jordan Peterson has shared Poerre Kory’s podcast (FLCCC) to his 2m followers.

In the podcast Pierre Kory, I imagine, tells all

It was reported yesterday that the Indian government dropped ivermectin (see (*) below for latest review) as well as hydroxychloroquine and another anti-viral favipiravir from it’s list of covid treatments.
Link: Govt drops Ivermectin, HCQ and favipiravir from Covid-19 treatment list | Latest News India - Hindustan Times
(Yes favapiravir seems effective too, see https://c19favipiravir.com/, a page of c19study.com)

I don’t know what effect that will have on individual states, many have been using ivermectin with great success.

The WHO are behind this clampdown, along with GAVI I expect, going by these adverts (imagine a vaccine group campaigning AGAINST a successful medicine).

GAVI claim Ivermectin is ineffective, but if this were true then they would have nothing to lose by letting it play out - covid would remain high and people would be glad to take the vaccine when it comes.
The problem the WHO and GAVI seem to have is that Ivermectin works. In suppressing it in a country with a billion people at risk and whose plight has been in the world’s front pages for weeks, they could be open to accusations of genocide.

Last week they (the WHO) were served a legal notice (!) from the Indian Bar Association for spreading ‘disinformation’ and misleading the people of India, basically for suppressing medical news and information about the drug.
TrialSiteNews reports: 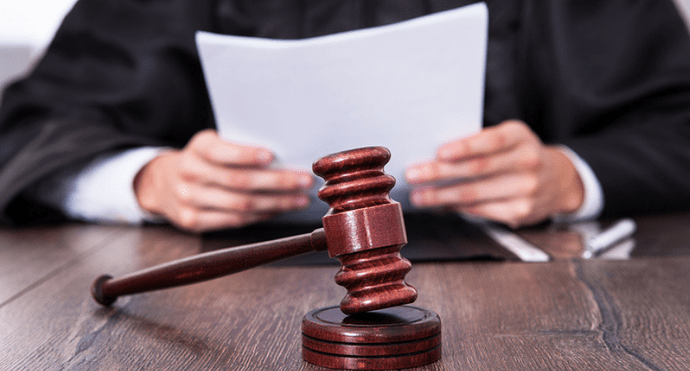 Dr. Soumya Swaminathan, the Chief Scientist at the World Health Organisation (WHO), was apparently served a legal notice by Indian Bar Association (IBA)

Despite the government action, the city of Mumbai have today announced a move for Ivermectin.

India could be a crucial world stage in the battle around Ivermectin.
It’s anybody’s guess what will happen.

(*) Pierre Kory Ivermectin systematic review of eighteen (!) RCT’s:
Link: Review of the Emerging Evidence Demonstrating the Efficacy of Ivermectin in the Prophylaxis and Treatment of COVID-19

Found it highly effective. This was no surprise, because that’s what almost all the individual studies say.
The c19study website, where all the studies can be found with salient technical commentary, puts it at 78% improvement.
Link: https://c19ivermectin.com/

(Just made some typo edits)

The propaganda battle is really raging.

These ‘cheering doctors’ seem to be high up in the ministry,

In what seems to be a polarisation between treating Drs on the ground and bureaucratic ones in the towers, the Indian Telegraph seeks out ‘doctors’ to exult the bans (while needing three headlines to get all its opinions in).

"They said favipiravir had become a top-selling drug in India during April 2021 even though it was not recommended by the ministry’s guidelines. Blood-thinning agents were prescribed to patients who were not at risk of clotting, against the recommendations of most international expert panels.

“Because 90 to 95 per cent of Covid-19 patients recover — no one really can tell whether the patients recover on their own or because of medicines. This allowed the practice of prescribing unproven medicines to continue,” said Vijoy Sinha, a senior physician, who had criticised the AIIMS-ICMR guidelines."

No one can tell - really? That’s why there are studies. Ivemectins’ efficacy is measured (in 19 RCT’s) to be very similar to the vaccine they are peddling, except that it’s also safe.

They certainly thought they could tell in Utter Pradash:

As that doctor says, Favapiravir is a blood-thinning agent - but it is also an anti-viral which is why it’s been used for early treatment, at the virus stage.

It’s still David v Goliath. Pierre Kory and many other top docs like Peter McCulloch and their professional followings, plus a small but rapidly growing band within the clued-up public and small internet outlets. Up against the (evidently alarmed) might of Gates, GAVI, the WHO, professional institutions - ie large layers of supposedly top docs who are more like top professional bureaucrats, who know on which side their bread is buttered, and whose side the clueless MSM are sure to take.

The worrying thing for the Davids Kory and all the health fighters in this extraordinarily important Ivermectin battle is that it has not broken out in the media.

Hi @Evvy_dense , given the fear prop over the “Indian variant” in the UK I don’t think we’ll be seeing anything in the UK media anytime soon, e.g. :

Everything is predicated on one basic lie. This is the PCR “test” identifies “cases” which are sick people.

I really, really want to be positive about the whole thing but until we (the global community, not just 5 filters folks) accept that there is a massive agenda or agendas behind the hiding of the truth, we are f*****. So, even putting aside the one basic edifice on which the whole sh1tstream relies, all the discussion about treatments or suppression of treatments is secondary. We need to know first and foremost, is there actually a pandemic.

If there is, then we can debate Ivermectin, hydroychloroquine, Budesinide, and of course, the cheapest and safest of the lot, vitamins C, D and zinc!

The more I surf around the professionally-competent, proven-honest commentators on the whole covid scam, the clearer it becomes that, no indeed, there is NO pandemic. A genuine pandemic is when there are masses of excess deaths coming in a rush, above the annual norms. The accumulating body of evidence (that evidence which actually has the logic and the smell of truth about it) brings into ever clearer focus the conclusion that there is no huge surge of death, and therefore no pandemic.

I kept advising that, in the middle of this shitstorm of lies - obvious from the beginning to be such, blizzarding out from the powers that shouldn’t be - the only thing a keyboard warrior sitting at home under house arrest could do was to wait and see, as the truth always gets clearer with time and hindsight, and the trickling out of inconvenient facts (ivermectin, HCQ+, asthma steroids, hydrogen-peroxide+, D, C, etc.)

There has been blatant, unmistakable suppression, censorship and outright bad-mouth lying about the proven-effective, freely-available prophylactics/cures that made the covid-flu - nasty though it seems to be - nothing more than a fairly normal Winter ill, with some unusual but not catastrophic features, which could be treated effectively as any cold or flu is usually. And meanwhile, the poison-stabs are an unmitigated disaster: Unnecessary, ineffectual, and deadly dangerous - but already hugely profitable of not just criminally-excessive wealth but of the unconscionable power and status that go with it.

Certainly we have been, and still are being conned, apparently in service of the criminal pursuit of that WPS. A global coup-d’etat is being attempted. Plenty of people have died unnecessarily because of the con, and those behind it belong in the dock of a second Nurnberg Tribunal. They are criminals of the first order, and should be pursued as such. And that goes for the go-along-to-get-along time-servers too. Blood on all their hands.

This - above - seems to me to be clear enough by now to be the confidently-assertable truth. Moreover, I suspect that a larger percentage of the commons than we’re being led (lied) to believe are already awoken or awakening too these realities, and that’s rattling the con-artists to the point of making them pause in confused uncertainty, and begin to think about sacrificial scapegoats to the throw to the lynch-mob. You can name the list of pretty obvious candidates yourself by now, if you’re already AAPA - awake and paying attention.

Pushback against the con is quite strong already, and will grow, as people get bored with constant wearying panic-porn which doesn’t live up to its propagandising. The pleasures of Summertime are leading people out into the light again, and away from the damnfool panic. Danser encore!!

Where are the bodies? Well I don’t live near a morgue.
So what is it that people like Judy Mikovits, Pierre Kory and Peter McCullough are studying and writing papers about

I think that answers my question. 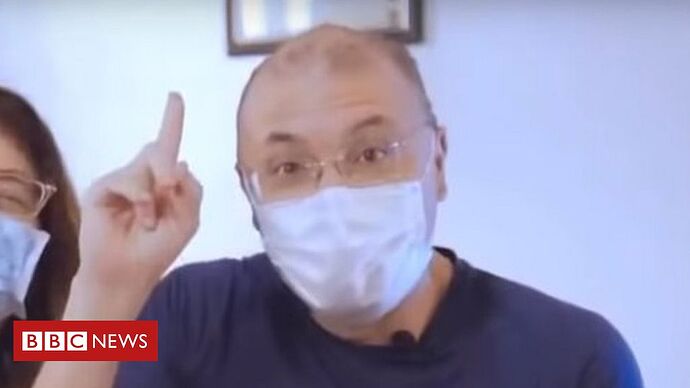 Albert Dickson, an elected politician, says he is 'above all a doctor' and defends medical autonomy.

In the comments, lots of people agreeing about ‘quacks’. Then some start to appear posting about ‘actually there is good evidence for ivermectin and top doctors are advocating it’.
The latest is

10:21 ivermectin is known to have anti viral properties
Ivermectin as a Broad-Spectrum Host-Directed Antiviral: The Real Deal? - PubMed"

The BBC have gone to some effort to discredit someone they don’t know anything about. It claims the Dr is trading consultations for ‘likes’ - nothing in the piece backs that up.
They have trawled for presciptions written by the doctor, passed them to a talking head who says that’s a dangerous drug etc - but without knowing the patient’s medical conditions!

The BBC won’t, of course be doing the obiivous and speaking to doctors like Dr Pierre Kory who reviewed the 18 Randomized Control Trails of IM.

Nor will they be going to talk to doctors here: 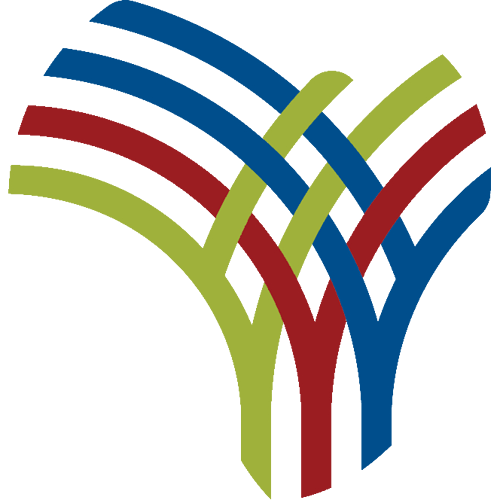 A group of 30 doctors in Namibia have appealed to the health ministry and the Namibia Medicines Regulatory Council (NMRC) to approve Ivermectin as a Covid-19 therapy.

This little piece of BBC drama has been very deliberately and carefully contrived, in order to present the idea of early treatments for Covid as the stuff of quacks. And for that they had to fit someone up to look like a quack.

Perhaps the point is that if a huge country can be browbeaten into abandoning non Western medicine (and Ivermectin is seemingly othered as exactly that, because Trump) then chances are all those pesky non Western ways of thinking can be obliterated too.

I think we’ve both been on board this ship since the start - along with others here of course - in treating the claims about the coming “Pandemic” with extreme scepticism because of where they were coming from. This is my yardstick for judgement, before finding out all the confirming details on the nature of the GOF virus, and the crook Fauci and the rest, the first trial done on HCQ by Raoult and the way it was suppressed and attacked in advance by French authorities, demonstrated a crooked agenda. The whole point being that now 18 months later nearly, we are in full flight towards trying to vaccinate the world unnecessarily against a disease that could be perfectly well treated with cheap safe anti-virals. When the Indian outbreak broke out on our TV screens and got Indians themselves in a panic, it was only weeks after India had declared itself over the pandemic, with 60% of the population now with antibodies, and a disaster for the Indian vaccine industry as no-one could see the need to be vaccinated any longer. But I also thought and wondered what happened to HCQ, which had been held responsible for controlling the virus in some parts of society. Why were they not using it now? Now we know, and we know they lied about everything just for the Vax and everything going with it. And in OZ it has played out as a total fear of the “Delta” variant - which is twice as infectious etc, and ONE Person travelled to QLD yesterday and tested positive, causing the whole country to have another spasm and send more people rushing to be vaccinated and anyone who won’t use the QR code beaten up by vigilantes. The world has gone F***ing mad!