If you ever had any doubts about Chomsky the anarchist 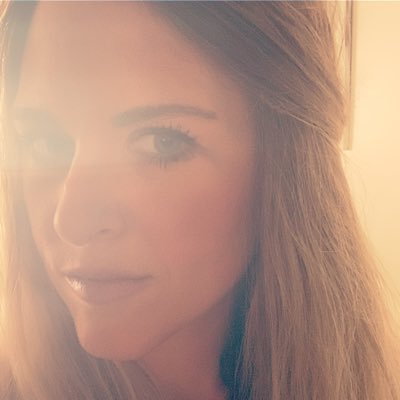 @amysayswtf
Noam Chomsky, who is owned by George Soros, can go fuck himself! https://t.co/IgqryYXWkg

Noam Chomsky says the "right response" to The Unvaccinated is "to insist that they be isolated" from society https://youtu.be/VX0hn6F-jsI?t=476 … pic.twitter.com/1bBzURPeEi
1 Like
Brilliant article by Graeme MacQueen @ OffG
RhisiartGwilym 3 September 2021 09:57 #2

Just saw that. First, glaringly and obdurately wrong about a key world event: 11/9, now glaringly wrong about the scamdemic. Noam’s lost it. Regrettably, it’s now necessary to discount him pretty well completely; victim of the ravages of old age. Shame! Still, his earlier record is stellar. I don’t buy any of the shallow chatter about ‘controlled opposition’ or Soros’s creature. That’s just silly. Look at his lifetime record.

For all his erudition Chomsky has always stayed within the pluralist paradigm and what a shame that his political ideas could accurately be summarised as “If only nicer people owned the TV stations”.

And now the “Amy Says WTF” account has gone, vanished, evaporated or just been mislaid. Calling out gatekeepers is now taboo on Tweeter

First, he was glaringly and obdurately wrong about a key world event: the JFK assassination.

Yep! Forgot to mention that.

You know that famous clip, for media critics, with Andrew Marr, where Marr says “How can you know I’m self-censoring” and Chomsky says “I’m sure you believe everything you say”.

Have you ever wondered how Chomsky can be sure of that? Note what he never says: “well, it’s possible, based on Operation Mockingbird’ that you are working for the CIA or MI5 or MI6 and you are paid to create and repeat a specific marketing narrative.”

So in fact he CANNOT be sure of what Marr believes. But the fact that Chomsky doesn’t ‘go there’ is quite illuminating. You cannot ‘say that’ and remain in the acceptable spectrum, EVEN THOUGH Operation Mockingbird is a documented reality.

Have you ever tried to explain ‘Manufacturing Consent’ the Propaganda Model, to someone who has never heard of it? Try it sometime. And at the same time explain Operation Mockingbird. The latter is quite easy to explain, people ‘get it’ in five minutes or less. Perhaps the appeal of the Propaganda Model for many media critic types is that it is in fact quite complicated, nuanced, requires study, it’s very ‘intellectual’ in fact.

Is it not interesting to theorize that in fact Manufacturing Consent was written to DISTRACT from the Operation Mockingbird revelations? Maybe the simple explanation is in fact the most accurate, most of the time! “How can you know I’m self-censoring”. “Oh, you’re not self-censoring, you’re just fulfilling your duties as a government paid marketing specialist.”

“Oh, you’re not self-censoring, you’re just fulfilling your duties as a government paid marketing specialist. And I’m sure you believe every word of it, sucker! That’s why you are where you are.”

The genuine, previously-acquired beliefs of government paid marketing specialist are obviously helpful in getting them selected by their owners. It also enables them to read the approved scripts with a real sense of sincerity. No contradiction.

Just staggering, isn’t it Pat. The Bitchute channel has gone too, and the Synarchy… EBook is no longer available via A Certain Large Online Store 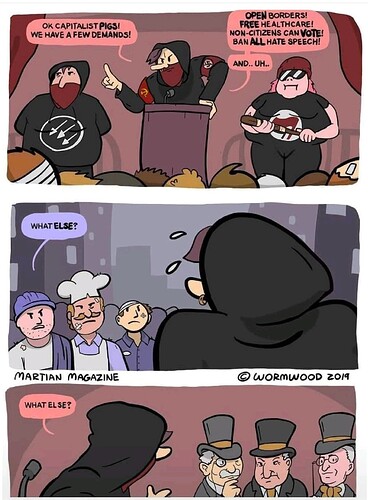 Hi @Everyman , I take your point about the Marr comment by NC - but the truth is he wouldn’t be in a position to be acting as a front for spooks if he didn’t hold the views he does. In other words NC is probably right but only partially and the spook element remains in the shade along with Operation Mockingbird ( which I bet is still unknown by 99% of the public like Udo Ulfkotte’s revelations on the spook - media chain link

Years ago when first posting to the Media Lens Board I made a comment about a BBC journalist probably being a spook front or something like that - the Davids jumped on me from a great height and said we can’t say that sort of thing because how do I know - well that is something no-one can know for certain until like UU they confess it, but we can all speculate with opinions - it’s called free speech. It would be nice if we had it , now we can say what we want as long as no-one can hear us! The D’s were in fact echoing NC’s stance.

Hey Rhis, for me the important point is that WE CANNOT KNOW what they really believe, can we? So, does it matter? Think how hard it is to prove intention in a court of law, and we don’t have the information.

CJ1, it doesn’t surprise me about Media Lens, they are proselytizers for the Propaganda Model. And one of their great weaknesses down through the years is they cannot PROVE anything, about a particular journalit, except by implication. How do you prove somebody has been ‘filtered in’? You cannot, can you? Operation Mocingbird journalists could be proven if we had the pay slips, and the contracts, but we don’t.

No question that much of it is beyond proof. I do like to say, though, by way of analogy, that two people dying immediately after the poison-stabs may well be coincidence, not proving causation, but ten starts to seem iffy, whereas hundreds, then thousands simply screams a causative link. We have an awful lot of mediawhores like Marr who seem to prove that they’ve been selected because of what they believe beforehand, though only in the inductive sense of the word proof.

Yes it is stagerring. I’m trying to debate with my sister who has had the double jab, and keeps trying to convince my wife to get it so she can “get her life back to normal”. However, it’s getting harder and harder to say don’t believe me, go and fact check that for yourself, because unless you know where to look, all you’ll find is nothing, or maybe, something like Snopes “debunking” it.

I’m dating myself here but recall when Snopes was actually a pretty good resource, and still known to aficionados as San Fernando Valley Folklore Society’s Urban Legends Reference Pages. Which admittedly doesn’t trip off the tongue and may have been one reason why every page took about 30s to load.

These were the days when they stuck to debunking those stories about alligators lurking in your U bend etc etc.

You have advocated for an apartheid society through the isolation of people who refuse the covid jab.

Your position is predicated on the assumption that the covid-jabbing of billions of people around the world is the way out of the world’s covid situation.

For example, thousands of scientists around the world (including a Nobel Laureate) argue that mass-jabbing of the population is the worst thing to do because it drives the virus to mutate into more virulent forms (much like excessive use of antibiotics catalyses the emergence of super-bugs and pesticides catalyse resistant strains of pests).

Are you aware that medical procedures coerced through blackmail violate the Nuremberg principles?

Are you aware that, covid-jabs aside, there is a prodigious body of academic and scholarly work that debunks the practice of ‘vaccination’ in general?

Given the political philosophy that you have espoused for many decades, your position regarding covid is very surprising and deeply disturbing.

I hope you’re sending that message to Noam, R.

indeed I did, here:

Vaccines, like castrating dogs or, if in America, lopping off your son’s foreskin, is something you just don’t question or even think about questioning. It’s a given. Maybe one can forgive those that still believe in the essential benignity of state for not doubting this line, but MIT Chomsky? Safety valve anyone?

Lesson 101 for all children should be that corporations are not your friends and nor is the state.

Vaccines, … is something you just don’t question or even think about questioning.

Here is Robert Malone, allegedly the inventor of the mRNA vaccine. This is a good example of someone who should know better, not questioning vaccines. As clearly as he can see the censorship, “censure”, and personal abuse, he never once mentions any malfeasance, and clearly he is on the germ side of germ vs terrain theory. I’m not even sure he knows there is a terrain theory. 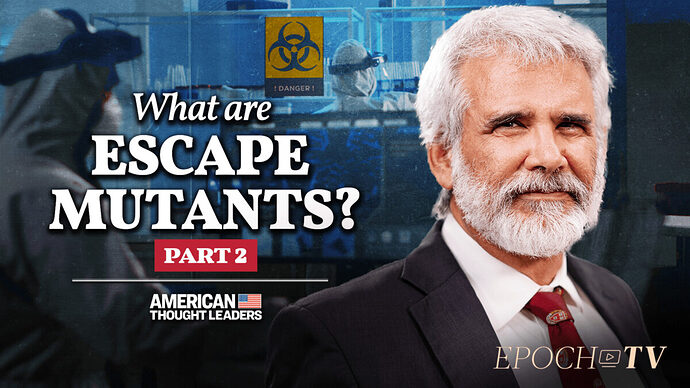