How Bill Gates Took Over the Covid Pandemic

The Politico source has a fatally naive slant on the real problem, and Chudov of course highlights this. Vital virus protection was limited! But it’s interesting that they should air this. Basically four huge bodies took over the ‘pandemic response’ - and three of them represent Gates.

It seems the Politico is a Republican-run outfit; maybe it has the November elections in mind.

Who funds and runs the Politico?

A longtime Reaganite is the president and CEO of the Politico. Are we supposed to believe that to be irrelevant to its political coverage?

An amazing article from the least expected, mainstream source: The Politico.

The title of the article was apparently edited in a hurry post-publication because Google News still lists it as “How Bill Gates and his partners took over the global Covid response”. 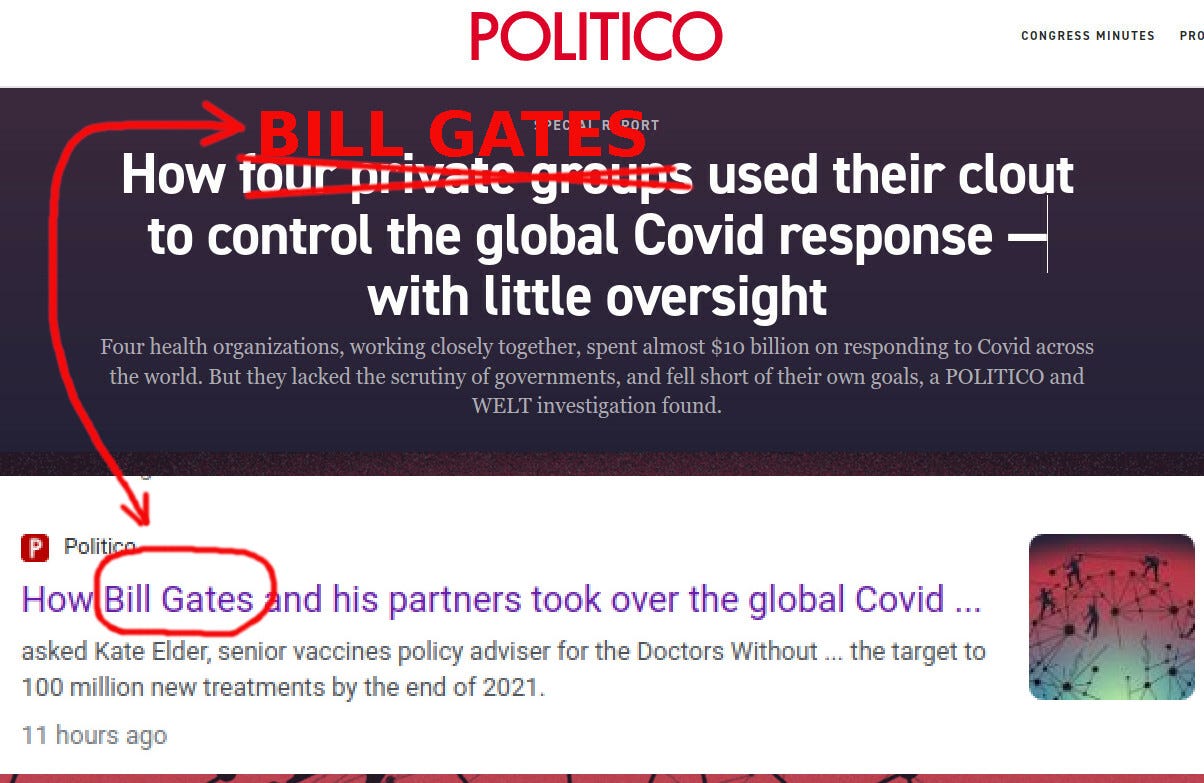 The article would be fascinating to read for people who were not previously aware of what most of us knew already — that the so-called “pandemic response” and global health are taken over by unaccountable private interest groups serving Bill Gates.

I highly recommend that you take a look!

The story given by the article is incomplete but very interesting.

It mentions that the pandemic response was taken over by the Bill and Melinda Gates Foundation, GAVI, CEPI, and the Wellcome Trust. All four organizations pretend to be independent, but all were financed by Bill Gates.

They participated in Event 201, planning out the pandemic, in October 2019. 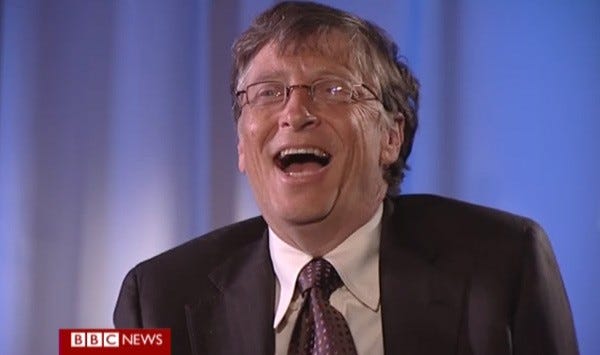 “What makes Bill Gates qualified to be giving advice and advising the U.S. government on where they should be putting the tremendous resources?” asked Kate Elder, senior vaccines policy adviser for the Doctors Without Borders’ Access Campaign.

Several important items are glaringly missing from the article:

Nevertheless, the mere publication of this article has huge importance. The things that most of us know and talk about, are appearing in the so-called “mainstream press” — after the damage was all done, of course.

The virus was released; millions died; over a billion young people were force-vaccinated under false pretenses. When it is too late to change anything, Politico is finally stating the obvious. Still, it is better than nothing.

Almost everything in the Politico article was known a year ago. Where was Politico then? Busy taking government covid vaccine advertising money.

“Millions died.” Really? Some places saw big excess deaths - briefly. Other places, just over the jurisdictional border, had none at all! Exceedingly un-pandemic-like behaviour. Though with an IFR of >0.05, that shouldn’t be surprising, to anyone awakened from the propaganda miasma.

There does seem to have been quite a lot of mengele-stunts going on in the ‘research’ labs, though. It seems possible that - well, something - was developed to be more than previously lethal; and then - possibly wilfully, possibly not - it was released. Maybe; maybe not…

I guess this possibility shouldn’t surprise, since this wouldn’t be the first time that tinkerers have produced substantial results, even though working with a wrong explanatory intellectual hypothesis about what they were doing. Trial and error can do that. Astronomers were able to do quite a bit of understanding of the cosmos, even despite their commitment to the Ptolemaic geocentric cosmos description.

Perhaps a more accurate formulation would be: ‘There were some extra deaths in some places, mainly due to the criminally irresponsible responses to the deliberately whipped-up panic-rumour of a new, all-lethal bug. And in any case, we have - literally - zero clear idea at all of what actually caused the excess deaths - such as they were - because the informational stats have been so wilfully confused. A lot of people seem to have died - preventably if the denied anti-biotics had been given - of bacterial pneumonia, brought on by criminal medical malpractice, and re-purposed as ‘covid 19’ for the stats.’

The Politico source has a fatally naive slant on the real problem, and Chudov of course highlights this. Vital virus protection was limited!

The virus was released. . .

Try this for starters: 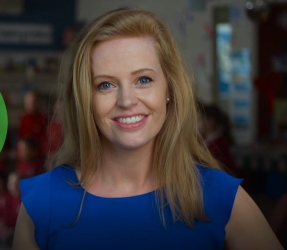 then this for main course: 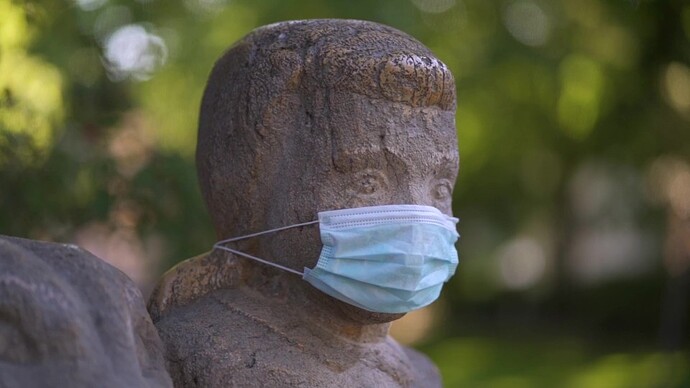 Virology invented the virus model but has consistently failed to fulfil its own requirements. It is claimed that viruses cause disease, yet the scientific evidence for these claims is missing.

. . . .and see how Chudov, Politico, Gates etc. are still wetting the bed or laughing at you (or both).

So, what’s their theory of the perceived disease. How do scores of studies find that administering HCQ or IVM early reduces symptoms and prevents hospitalisations and death.

Denis Rancourt has an answer to that, E. Ivermectin and hydroxychloroquine, being paraciticides, both work well as antibiotics against bacterial pneumonia; that disease, wilfully misdiagnosed as ‘covid’, having been the true cause of death of many who were left untreated or criminally ill-treated when allegedly ill with ‘covid’.

I don’t think that the anti-viralists claim that bacteria and bacterial infections don’t exist. They also point out that we live in such polluted, ill-fed, chronically-stressed, and physically shiftless conditions that immune susceptibility is widespread, and leads to many being fatally prone to illnesses of many kinds which properly healthy people would scarcely notice whilst resolving them; such as viral pneumonia. As Denis asserts, that illness is endemic in our lives, always available to attack the highly vulnerable, yet it still only kills the most heavily immune-compromised minority; especially when treated with the proper antibiotics…

Naturally enough, getting horrendously loaded with hypodermic assault multiple times, starting at birth, plus all sorts of other iatrogenic ills loaded onto us throughout an over-medicated life, doesn’t help the general state of health. (Doctors’ strikes do, though!

But, being such immense generators of WealthPowerStatus, these medical rackets have huge momentum to continue, courtesy of the foul indoctrination and propaganda storm in which we spend our lives.

Think of the cancer ‘research’ and cancer ‘treatment’ bandwaggon, for example, which generates such immense revenues, despite never having any useful resolution in sight; and despite several highly promising, actually-genuine cures for cancer having been around, available for further refinement, since forever; and despite the fact that maintaining healthy lives through public health policy could help maintain strong immune systems, which routinely kill and flush cancerating cells just about daily, without us ever being aware of the process…

Thanks Rhis - I agree with all that.
It does mean though that there’s no reason for the NoVirusers to target people who are challenging the narrative without questioning the virus itself.

Absolutely right E! That’s the sort of nit-picking-uber-alles which used to bedevil the acute left splinters - when leftism was still a thing. The general attitude was: ‘If you don’t agree with me precisely on every tiny detail of my radical political analysis, then you’re an enemy, and we can’t work together for socialism!!!’

Strictly speaking, it doesn’t matter a feck whether the covid scam included a mengeled virus from a lab somewhere, or whether there’s no such thing as a virus in reality. The covid scam was still built on that popularly-indoctrinated concept, and used to terrify and stampede people, even if it’s really complete moonshine.

Exposing and crying down the sham ‘pandemic’, and the appalling, wilfully-inflicted manipulations which it enabled, are what matter, regardless of the theoretical contention about ‘viruses’.

Though personally, I still find the argument absolutely fascinating; and not a little liberating…