After some extended poring over Google Earth, of which I fortunately downloaded the program two years ago before Maxar took it over and made “history” images unavailable to the public, I unearthed some interesting details, not just on the Bucha bodies, but on the related question of the mysterious disappearance of Sergei Skripal and his daughter. And a spoiler - the CURRENT image of Christie Miller Road is from 2017.

More good poring David.
In the 2022 picture of Christie Miller Road - which I think you correctly identify as identical to the 2017 one - the ‘extra cars’ don’t look real, rather they look like they have been drawn in. The near sides are coloured the same as the road. Maybe theres still a bit of the ‘fog of war’ lingering in the air in that street 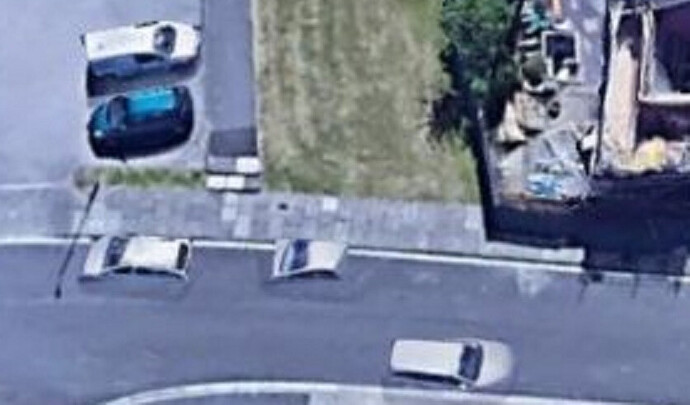 Yes, the clone brush tool has been used, none too successfully.

Brilliant stuff Dimac. Thanks for posting.

One of the funniest parts of the Skripal poisoning was this…

At 16:15 an emergency services call reported that a man and woman, later identified as Sergei and Yulia, had been found unconscious on a public bench in the centre of Salisbury by the passing Chief Nursing Officer for the British Army

So, the head nurse of the British Army just happened to be passing by at the time…

(where’s Scotty when you need him)

Thanks guys/gals! It’s a bit of a surf to arrive there but I linked to my article “The Nurse’s Tale”, now in the AHT web achive, in which there is a link to this story - which I think was in the Telegraph. It was following that discovery of course that I wrote the piece, as well as finding out a whole lot more about Chief Nurse Colonel Alison McCourt - in Iraq around 2003, Kosovo 2000, and Sierra Leone during the Ebola outbreak in 2014. It helps to re-read these articles from the time, as there are details which now assume greater significance - like Porton Down’s role in the COVID operations.
As for the cars in the photo from 2017

Oops, as for the cars that appear half buried in the road, this close up image makes it easier to see 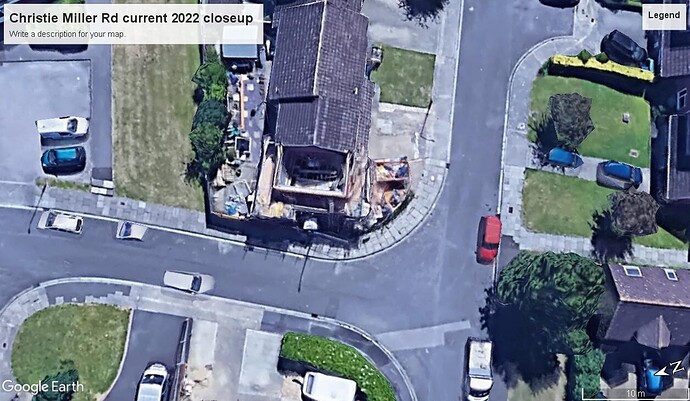 The car on the lower side of the street is in the original photo from 2017, only now the roadside curb goes over the part of it which was over the curb! The other two silver cars don’t appear to have been cloned from this one, and only half of one of them is visible. Meanwhile the extra blue car in the driveway on the right is very odd, along with some cut out area around the tree.
But one has to remember that unlike that single image in Bucha, this is a live site, so we can see these extra cars from all angles and distances. I have no idea how they can do this technically, but sometimes the images look rather like computer simulations; such things are possible. But why? !!! Did they go to all this trouble for people like me, and Rob Slane? And is the rest of Salisbury also stuck with sat photos from June 2017? With extra cars?

BTW Evvy - did you take that closeup image directly from the net? But of course you could - as it appears the same wherever you are in the world, doesn’t it? Sometimes I wonder which planet we are living on, or perhaps I’m a butterfly dreaming I’m a man.

No it’s just a screenshot from your post pasted into MS Paint and resized. That’s my technical limit

I don’t get the reason for the cars and part-cars that look like they’ve been swimming in wet cement - whats happened there, and is it unique to the Exciting Adventures of Skripal.

Part of the permanent bullshit blizzrd, is the lack of real investigative reporting which is hardly surprising with all the media being owned by actors for the deep state. For anyone who doubts this, I suggest a read of “Presstitutes” by Udo Ulfkotte now available in English. Uflkotte spent 17 years with the Frankfurter Algemeine Zeitung. Then decided to blow the whistle on ‘journalism’, with no reason to do so. Obviously it was a quick end to his carreer and he died from a heart attack at 56.

Rumours have been flying for years that people like the CIA thugs, amongst others, have techie-techie means now to kill people by induced heart attacks; or alternatively by events that get interpreted as heart-attacks by the attending medics.

No disagreement from me Rhis! I think certainly the regulars on this board would have read that into what I said anyway, but happy to have it on the record

I believe that may have been the first time that I heard of the technology; remember it well…