Do you support the introduction of QR codes in Russia?

Not sure about the povenance of this poll but it’s from an Off Guardian article linked below, which itself is a reprint of Edward Sluvsquat’ blog. However, if the poll is realistic, that stacks up completely with the British TV poll (quickly pulled). 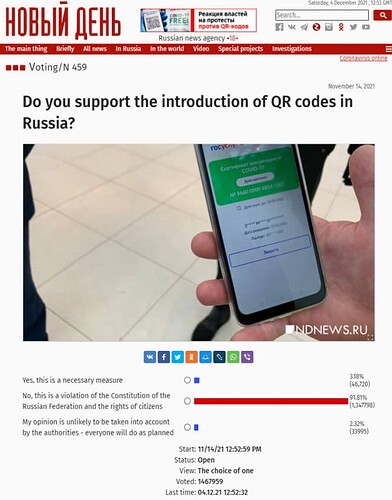 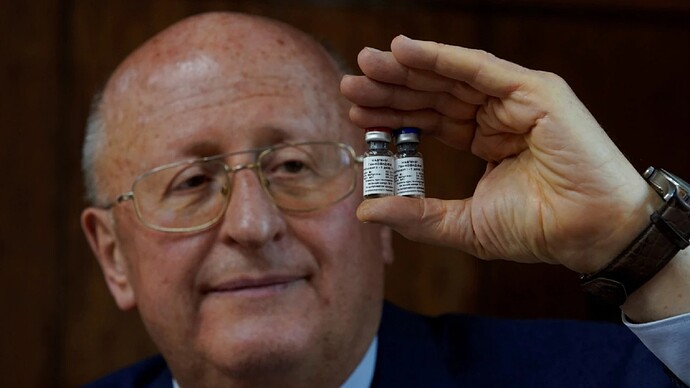 Did the Sputnik V inventor just murder his own vaccine?

Riley Waggaman Alexander Gintsburg is the father of Sputnik V, Russia’s 500,000% effective COVID vaccine. He also recently won a trophy in recognition of his lifelong pursuit of total failure and c…

I think I remember Riley being one of the Western commentators who report that QRs are being mandated in Russia. But this seems to be a contentious statement. Dmitry Orlov in one of his recent (paywalled) posts asserts that there is no mandatory QR requirement, and no mandatory vaccination in Russia. This being, apparently, one of the many lies about Russia currently being hosed about by the Western lamestream mediawhores.

And now it seems the QR code system is falling apart. Partly from the tech not working, but it seems more like people just rejecting it.

It was never about public health and Russians know it

I’m also with Dmitry on this one Rhis.

He’s also written some really good stuff lately on the Ukraine (a stinking mouldy Bagel) as well as exposing ridiculous US and Western war prop and other bollocks such as:

Western press is a joke: there were no weapons of mass destruction; freon does not poke holes in the ozone layer; Trump was not a Russian agent; Syria did not use chemical weapons against its own people; carbon dioxide emissions cause global cooling, not global warming (but not much of it in any case); there are no Russian troops in the Donbass; and… Russia is not going to invade and annex the Ukraine. Furthermore, no number of enticements or provocations can make Russia want to do so. It just plain doesn’t want to trouble itself with that miserable, blighted land.

In any case, one or two of Dmitry’s paywalled posts have been released to Saker just lately, for unrestricted publication, just days after being mailed out to we subscribers. Not that I mind. I’m glad for his insights to be disseminated as widely as possible, paid-for or free.