Defining America in a single word

And that word is… 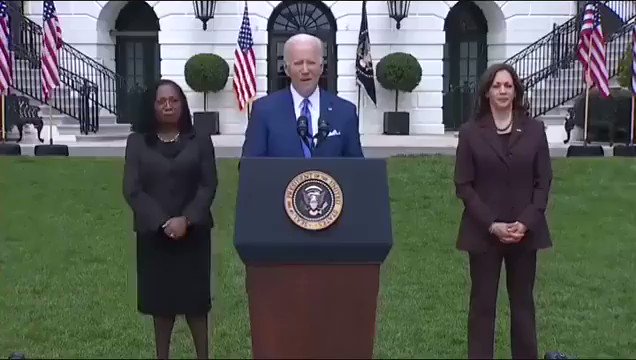 @
Current state of affairs ... in a single word. Sound ON https://t.co/OTH2RjdNGP

I think Biden was trying to say this when he fell off his bike:

Reminds me of an old Rowan Atkinson sketch. Picture the scene. RA is the prompt man for President Reagan whenever he forgets his line. Reagan is making a speech from the presidential podium. RA stands a foot or two behind and off to one side. Each time Reagan hesitates, RA moves forward and whispers a prompt while his facial expressions get more and more absurd. Finally, RA has to prompt every word.

I’m sure you can guess the ending.

The gics who really run the US cod-‘democracy’ realised long ago, what their analogs running the Roman empire realised long before: It doesn’t matter a damn who hangs in the White House from the marionette strings. It can be Caligula’s horse, if you like; anyone who can be sold to the admass as ‘credible’. Reagan, for example; Dubbya, and now Geriatric Joe. (And look at the sorry list of VP running-mates! Unable in many cases to string a simple coherent sentence together. Dan Quayle, for example, insisted in an argument with an actually-literate high-school student that ‘potato’ - singular - has an ‘e’ on the end…)

Their utter know-nothing incompetence doesn’t matter, since they have no power. As Dmitry Orlov has been saying for years: It really doesn’t matter who’s the nominal president of the US: It makes no difference to the rule of the real gangsters-in-charge. All ‘presidents’ toe the Deep State’s line; or they get their heads blasted open in Dealey Plaza…

Waste no attention on such non-issues.

I will say that he’s quite a lot more comprehensible than the new White House spokesdroid, her name might be Karine something or other. At least Jen Psaki was fluent. Patronising, vicious, dishonest, yes, yes, yes, but fluent.

Poor Joe. Vicious crook though he’s been, he’s now a failing geriatric who’s been put in a very cruel situation; and facing VVPutin and XiJinping as well. Schadenfreude not appropriate; pity, more like, if we can muster it. Not giving him or his puppeteers an inch, of course; but still some pity is due to Joe personally…