"In November 2020 my son Isaac who is three years old was diagnosed with epilepsy. He faces a constant battle. On some days he can be hit with over 80 devastating seizures. This is incredibly distressing for him and exhausting for the family. We are at breaking point. We simply want the chance to try medical cannabis which has been life transforming for other children with similar extreme forms of epilepsy. But even though access to medical cannabis was legalised in November 2018, I can’t get access to it either on the NHS or privately.

We’ve tried everything else. He is now on his 13th conventional antiepileptic drug. And we’ve tried other things too like the Ketogenic diet.

As I think any mum would do, I’ve done my research and found the stories of other cases in which medical cannabis has been life transforming for children like Isaac.

But to my frustration and dismay, it seems that the guidance from the NHS and various medical bodies appears to have resulted in a near total block on NHS prescriptions. To the best of my knowledge there have been only 3 such NHS prescriptions since 2018. And the few private clinics that could help appear to have closed their books to new cases like ours. We feel abandoned.

We need the system to change. How can a drug that is prescribed to 3 children on the NHS not be accessible to all that need it and how can private clinics be blocked from accepting new patients?

Please join my call on the Government to intervene and break the dead lock.

In desperation, I am considering going to Holland to get this medicine with all the worry and cost that entails.

I have started this petition to say my child matters, his health and his happiness matter. This medicine can’t just be accessible to some and not to all.

Growing her own is the simplest solution. Feminised automatic-variety seeds will grow in standard bucket-sized pots at any time, so long as they’re warm, wet enough, and fed enough. The newest fast grower varieties can go from germination to harvest in seven weeks, though thirteen would be a better reckoning for plants growing outside. They’ll grow at any time of year indoors. Day length doesn’t affect them.

Preparation is simplicity itself, such that any competent cook can do it in the kitchen. The method I use now is dead easy, and safe:

Hang up the harvested whole plant to dry; when dry, strip off all buds AND leaves, small stalks and any other soft material. I even use chopped roots in the mix.

Next, decarboxylate - if you want to - by holding batches of the foliage in a double boiler for a hundred minutes - the ‘hundred [degree C]/hundred’ method. I find decarbing useful because that converts all the THC-acid in the fresh foliage to plain THC, which gives it the full psychedelic effect; I pursue this, since it gives a palpable signal that the herb is still potent even after you’ve kept it for some time; and also, I’ve become convinced, getting regularly into the altered state via cannabis is therapeutic - psychologically and spiritually - in its own right, as well as the bio-chemical healing that the terpenes and cannabinoids work on the patient’s physical system.

And it’s true! It is a wide-acting bodily medicine. Amongst other things, daily doses of cannabis transform the lives of afflicted grand-mal victims. I have a neighbour who was so afflicted after a motor-bike accident. He now drives, works, lives as normal, simply by regular daily intakes of cannabis. Without it, the fits come back. There are many such stories. DIY can be learned easily, in all its details, just by surfing about the cannabis information threads online.

Once I have a batch of crispy-dry foliage, I put it in a blender and reduce it to a coarse meal. I then blend in just enough whiskey to flood it - to act as the traditional herbalist’s preservative (any high-enough-proof liquor will do). And I blend in also enough honey to give it a good taste.

About half a teaspoonful of this blend is equivalent in its effects to a single dose of oil about the size of a split lentil, which is pretty potent, oil being so concentrated. But extracting oil, using the method Rick Simpson describes in detail in his documentary ‘Run From The Cure’, is more complicated, and requires substantial amounts of some solvent (I use isopropyl alcohol), which has to be treated as a fire hazard. The blender method described above is much simpler, quicker, and entirely safe; and it gives you doses of the whole plant, rather than just an incomplete extract.

If I had a child suffering as the one in this report is, I’d be feeding him cannabis twice a day at least, and bugger what the witless official Western zeigeist says about it.

I dare not grow outside right now (you saw the damage done last year), and mould issues have prevented propagation indoors (ground floor always difficult re: moulds plus there is a raised back garden and woodland very close), as well as the issues I’ve had…all now tested…no more asbestos inside (either on the ceiling or in -under re: glue-, the floor tiles), so work can go ahead…the flat needs re-decorating and mould proofing throughout (I have a couple of HEPA type ionising air-purifiers I run now), I’m using some specialised eco-paints and their anti-mould system. Could be some time before I’m up and running either inside or out…but at least I know what I’ve got to do… 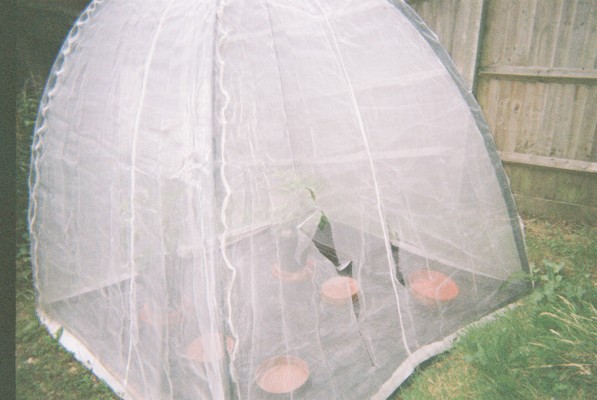 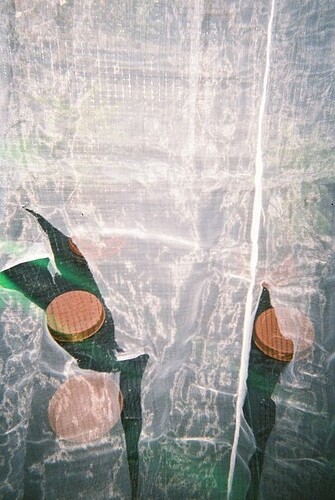 You can see my security problem, even the police recommend I use some spiked strips to deter fence-jumping (I’ve lost three crops -at least-, to garden invasion and vandalising theft), I report thefts though…(I can claim then too), on one occasion the stupid bastards actually did take my peppers as-well (Nb. those domes are damn good…I will only need to replace the small-insect cover… approx. £30…but I doubt it’ll be this year…work still to be done), … 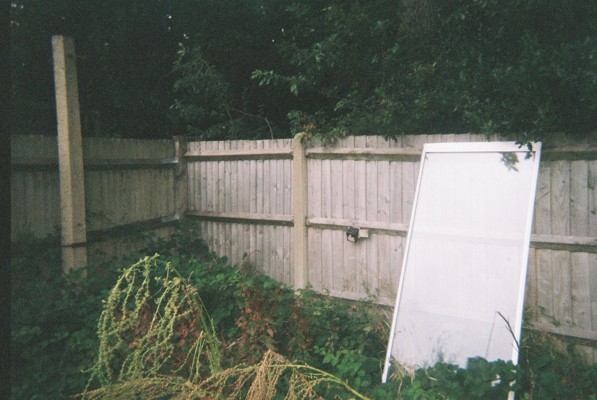 They stood on the non-functional “solar light” to get in on one occasion… (see pic.)

Don’t know what to suggest in your fix, G. It sounds a real bugger. When your home is fixed up and fit to live in, indoor growing - sunny window-sills for example - will probably work. Just rearing up some seedlings in a similar situation right now. Keep sluggin’ G!