Bloke in Melbourne, Oz sets himself on fire over vax mandates

Apologies about the source, could only find tabloids talking about it for some reason… Couldn’t find out if the poor bastard survived or not. Things clearly getting desperate over there - for some anyway.

A man set himself on fire in a car in an apparent anti-vaccine protest on a busy street in Melbourne.

Video showed a silver hatchback fully in flames near Church Street in the suburb of Richmond at around 8pm on New Year’s Day, while diners at nearby restaurants reported hearing ‘screams.’

Witnesses said police and firefighters managed to extinguish the flames before restraining the man.

He was then taken to hospital in an ambulance with life-threatening injuries.

Witnesses said the man threw gas on the car

Lydia O’Connor told The Herald Sun she was having dinner at a nearby restaurant when she heard the man screaming.

‘He poured gas on himself and on his car. It was on purpose,’ Ms O’Connor said.

Another witness said the man’s ‘skin was burning’ and the flames had to be put out with water.

‘He was off his face screaming about the mandates,’ the witness said.

Police extinguished the flames and restrained the man

In November, Victoria introduced sweeping vaccine mandates for several industries, requiring workers to get the jab or show proof of medical exemption if they want to continue working onsite.

It applies in healthcare settings, schools, construction sites, retail and transport as well as several other industries.

Police cordoned off the area near the intersection of Church and Swan Street after the incident and told customers at surrounding businesses to stay indoors.

Victoria Police said it was called to the intersection after reports of a man self-harming. The force confirmed the man was taken to hospital with life-threatening injuries.

Tthe Vic gov just announced that due to the high number of CASES, at 11.59 pm on Wednesday new restrictions would be introduced, with no more dancing or singing, and with double jabbed emergency workers, health care and others no longer considered vaxed till they got a BOOSTER. We are going full on COVID mania here, with no let up, and parents mobbing doctors to try to get their little kiddies jabbed. It is OBSCENE.

But - Djokovic has been released! Shock horror, for all the naysayers and anti-vax-bashers, who will be asking why. Just happens to coincide with a 30 year rally in Banja Luka to celebrate the Respublika Srbska - supported by Serbia and Russia and others, and called “horrific” by people in Sarajevo and NATO. Just a coincidence of course.

Incidentally, of course this is stupid, but what about “Novi Chokovic”?

A few months back a woman did a similar thing… 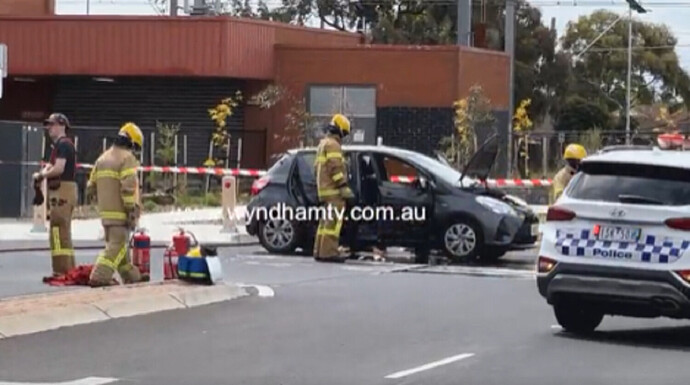 Melbourne Woman Sets Herself On Fire Inside Car With Sign: “NO ONE CARES,...

A woman in Cherry Street, Werribee – a suburb in Victoria Australia – has set...

Ain’t it nice to live in sane societies…

And another ironic update - Nick Kyrgios has just pulled out of the Australian Open after testing positive for COVID, despite having no symptoms, and despite, we must assume, being well vaxed up… When will people wake up? When they a’ fall doon?

The Oz govt is considering intervention under special powers the immigration minster has.
It would go back to court and the idea that someone who has had the virus is a public risk will be challenged. This extraordinary intervention would seem to be a high risk option for the govt to take, might be seen as a test case. And according to reports if the govt. win the immigration order would last 3 years, they could even lose the Australian Open. 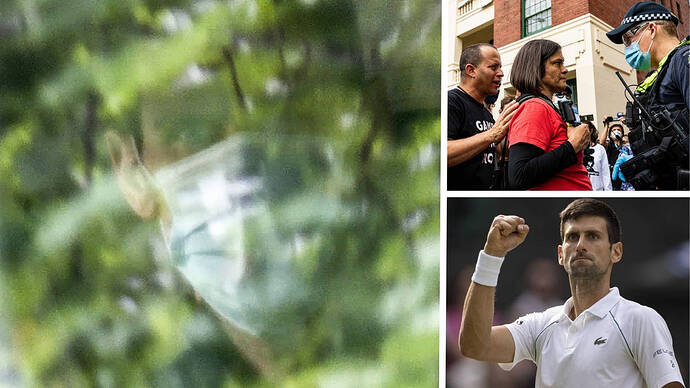 Novak Djokovic has been freed from detention after a court battle over his Australian visa, but could still be kicked out of the country.