A court has ruled that the use of the so-called Covid Safe Ticket (CST) in Wallonia (Belgium) is illegal and has ordered the local government to pay a fine of €5,000 (US$5,660) per day as long as it does not stop enforcing its use.

As part of its ruling, the court said that the measure restricting freedom appears to be disproportionate to the objectives pursued. It added that the CST might also infringe European law.

Oh. Of course, not much on the lamestream. Quelle surprise 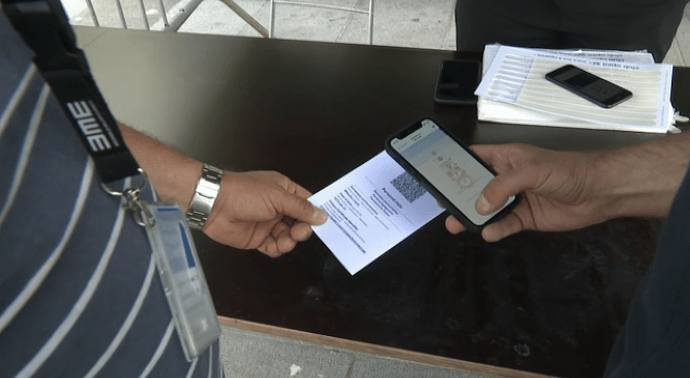 Covid-19: Belgian court declares illegal the use of vaccination passport and...

A court has ruled that using the so-called Covid Safe Ticket (CST) in Wallonia (Belgium) is illegal and has ordered the region to pay a fine of €5,000 per day as long as it does not stop enforcing its use.

Thanks PatB. I hope the government is being offered jail as an alternative to the fine

Found this while looking around:

Covid-19: 22 scientific studies show that vaccine mandates are NOT based on science

Anyone, especially politicians, mayors, governors, chancellors, and presidents who are planning to implement Covid-19 passports and/or vaccine mandates should be alerted and those seeking to challenge these mandates are invited to carefully consult these studies.

RIO DE JANEIRO, BRAZIL – The scientific studies compiled below demonstrate that mandates mandating or forcing Covid-19 vaccines provide no overall population health benefit and may even be harmful.

Anyone, especially politicians, mayors, governors, chancellors, and presidents who are planning to implement Covid passports and/or vaccine mandates should be alerted and those seeking to challenge these mandates are invited to carefully consult these studies.

Read also: Check out our coverage on curated alternative narratives

Given these scientific study results from around the world, legal action against already introduced vaccine mandates, and in broader terms, Covid passes, have good chances of being won, says a critic attorney association based in Germany. The most effective legal procedures are said to be class actions. 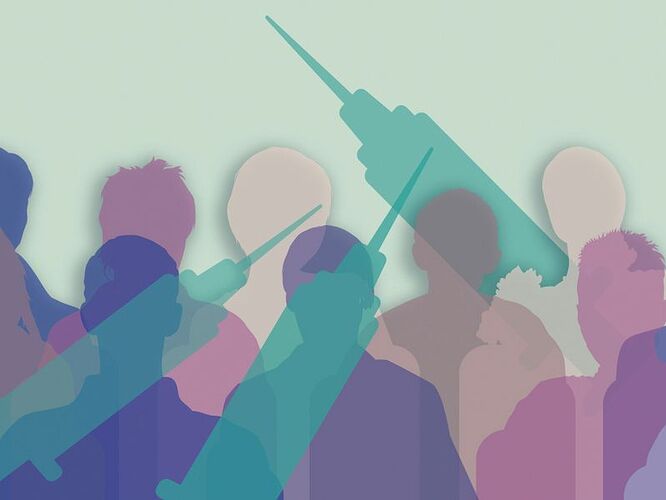 22 scientific studies showing that vaccine mandates are NOT based on science800×600 22.8 KB

22 scientific studies show that vaccine mandates are NOT based on science. (Photo internet reproduction)

The mandates result in forced separation and segregation from society. They create dangers for people in their professional lives. For example, why would governments impose punitive, career-altering vaccine mandates on an unvaccinated nurse who is probably already immune due to natural exposure?

Mandates also represent a usurpation of freedoms, and a rapidly growing number of critics question the motives behind these mandates when the science shows no public benefit compared to the costs.

Individuals should decide whether to receive the vaccine based on their own risk assessment in consultation with informed medical professionals.

Marek’s disease model (non-sterilizing, non-neutralizing “leaky” vaccines that reduce symptoms but do not stop infection or transmission) and the concept of original antigenic sin (initial immune system priming impairs the immune response to the pathogen or similar pathogen for life) may explain what the world is potentially facing now with these massive Covid vaccine mandates: immune escape, increased transmission, faster transmission, and potentially “hotter” variants.

Below are studies that question the COVID-19 vaccine mandates:

“The vaccinated had on average more virus in their nose than the unvaccinated who were infected.”

Also shows a pronounced and very troubling trend, which is that the “double vaccinated persons are showing greater infection (per 100,000) than the unvaccinated, and especially in the older age groups e.g. 30 years and above.”

12. Waning Immune Humoral Response to BNT162b2 Covid-19 Vaccine over 6 Months; “Six months after receipt of the second dose of the BNT162b2 vaccine, the humoral response was substantially decreased, especially among men, among persons 65 years of age or older, and among persons with immunosuppression.”

“They ‘analyzed antibody responses to the homologous Wu strain as well as several variants of concern, including the emerging Mu (B.1.621) variant, and T cell responses in a subset of these volunteers at six months (day 210 post-primary vaccination) after the second dose …’ data demonstrate a substantial waning of antibody responses and T cell immunity to SARS-CoV-2 and its variants, at 6 months following the second immunization with the BNT162b2 vaccine.”

“Thus, ADE may be a concern for people receiving vaccines based on the original Wuhan strain spike sequence (either mRNA or viral vectors).”

They reported that “while vaccination still lowers the risk of infection, similar viral loads in vaccinated and unvaccinated individuals infected with Delta question how much vaccination prevents onward transmission…

“transmission reductions declined over time since second vaccination, for Delta reaching similar levels to unvaccinated individuals by 12 weeks for ChAdOx1 and attenuating substantially for BNT162b2.

“Protection from vaccination in contacts also declined in the 3 months after second vaccination … vaccination reduces transmission of Delta, but by less than the Alpha variant.”

18. SARS-CoV-2 Infection after Vaccination in Health Care Workers in California; “Reported on the resurgence of SARS-CoV-2 infection in a highly vaccinated health system workforce.

“Vaccination with mRNA vaccines began in mid-December 2020; by March, 76% of the workforce had been fully vaccinated, and by July, the percentage had risen to 87%. Infections had decreased dramatically by early February 2021…

“coincident with the end of California’s mask mandate on June 15 and the rapid dominance of the B.1.617.2 (delta) variant that first emerged in mid-April and accounted for over 95% of UCSDH isolates by the end of July, infections increased rapidly, including cases among fully vaccinated persons…

“researchers reported that the “dramatic change in vaccine effectiveness from June to July is likely to be due to both the emergence of the delta variant and waning immunity over time.”

Join us on Telegram: t.me/theriotimes

This is a terrific resource EV - do you have a link to it so I can pass on?
The question of “negative efficacy” after 7 months is striking!
Incredible what is happening now as the schism in society becomes radical - cases of vaccine injury and deaths escalating and soon impossible to deny, coinciding with huge push to get young children stuck with the stuff, coming from ALL authorities and officials.

Covid-19: 22 scientific studies show that vaccine mandates are NOT based on...

The studies compiled below demonstrate that mandates mandating or forcing Covid vaccines provide no overall population health benefit and may even be harmful.

Yes the political determination around the world is striking, hard to imagine that’s about public health. It’s almost as if the ‘placebo group’ has to be abolished.

Many thanks Evvy - and copied into a doc also, cheers David.

Hi @Dimac . Just got this from the a recent Max Egan podcast.

Australia has ordered 151 million doses of Covid “vaccine”. I know you can do the maths, but I am speechless. Fourteen does per man, woman and child!!!

Yes it’s insane, notwithstanding that 150 million doses is only SIX per person - as that is wholly irrelevant. More important though is exactly what are these “doses”, because the ones we’ve been using were designed for the “Wuhan” strain, and less effective against Delta, and are totally useless against Omicron.
Today it was announced that the Paedo-Pfizer (one third dose) will be available on January 10th , and we are all rushing out to get our kids spiked quickly so they can go back to school safely, if they survive Christmas. By then the Omicron should have taken over, making the spiking ineffective - though that won’t matter because no-one could have shown the vaccine was effective in a population that doesn’t get the disease! It’s so 1984,

Well put Pat. 100% behind you on all your comments.

Link also gives some background court history
Goes live at 11am EST, or 4pm GMT. I’ll be out social distancing, might tune in later

As you are likely aware, the medical consensus on the COVID-19 “vaccine” effectiveness is that they do not prevent the spread of SARS-CoV-2. As you also may know, AFLDS recently filed a brief with the Supreme Court noting that these injections are merely a personal treatment choice, and not a public health measure at all. With over 50 other citations, AFLDS’ brief breaks new legal ground.

The arguments can be viewed LIVE here: