BBC full of the big demo in London yesterday

…not. Not a word that I’ve heard. Take heart. The propa-shite wants you to believe that almost everyone has bought the covid scam. Not this multitude - which clearly represents a lot more people worldwide. The scam is crumbling: 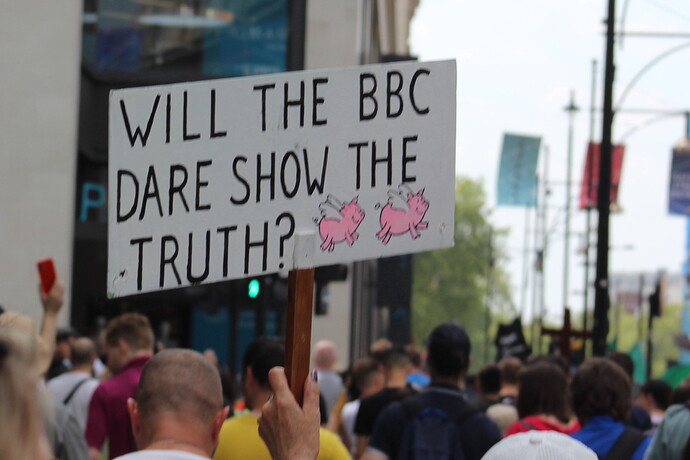 Loads of people, loads of photos – the demo they want you to think never took...

John Goss What a day! What beautiful people! What a kick in the teeth for the establishment! And not a mask in sight – except from the police who were forced to wear them. Poor things. Were you the…

The demo in London on Saturday was of historic proportions. At least a million people took part. Here’s a brief montage… 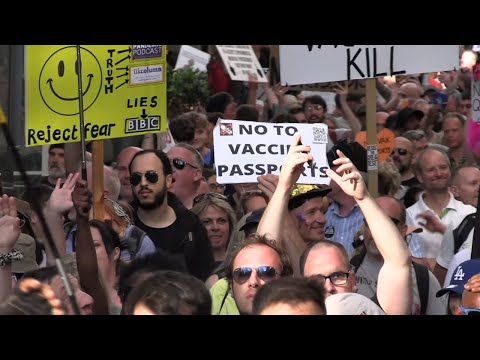 There were also big demos in Brussels, Amsterdam, Berlin, and Paris, along with many other cities around the world. It’s easy to say that these demonstrations don’t make any difference, yet they do send a powerful message to the psychopaths who rule us. I think it’s being done in the wrong way, though. For instance, the demo in London involved a 12 mile march to a shopping centre in west London. This would be great fun for the elderly, infirm or those with young children, etc. Instead those million protestors should have camped out in front of Downing Street, or the Houses of Parliament, until their demands were met.

I am reliably informed that this is going to happen sometime soon in London.

ps. good to see that John Goss is still fighting the good fight.

One thing this demo should make clear quite decisively is that the pocket-pols are not going to be able to impose their fake-cine passes without a serious struggle - to the extent that it will make them think again. The pushback pressure is building up. The scammers simply must be crapping themselves. The vibes already say: they’ve blown it.

“You can shove your fake-cine passports up your arse!”

Rhis, many people still have a hard time getting their head around the fact that our glorious leaders are just a bunch of crooks and psychos, who in a normal society you wouldn’t put in charge of a car park.

Is it a coincidence that Bojo gets married just as civil resistance starts reaching its peak,?

I think this scamdemic may be the make or break for the evil politician/media class. At the end of the tunnel I can see them scuttling back under rocks as people start waking up in numbers.

I want to be an optimist and I wish I could see that same light @Sanjeev . I have friends that watch the BBC or Sky News and they are still suffering with TDS. Even though they’ve had the jab, they still isolate, shop online for home delivery, don’t go to pubs or restaurants and they can’t see the even the simplest logic of “Now you’ve had the jab, you should be safe so why not live your life?”

As an edit after reading my own post, I’m adding an edit. Some old friends are becoming distant acquaintances at the same time as some new ones (not TDS sufferers) arrive.

Yes the Westfield thing was bizarre. Being explained as some “wrong turns”, I think, but how demoralising to trudge about pointlessly, once out of the central City.

A summer of protest helps to wear out the opposition or splinter us into factions and to embed the sheepish counter attacks, generalised as “what’s all the fuss about? Look at me in the beer garden enjoying my freedoms!! Damn covidiots”

When the next phase kicks in in October, once the students are safely and profitably locked in their halls of residence and propagating Freshers Flu (like every year), with furlough a fraction what it is now (and rebranded, maybe call it ‘the dole’) the opposition will be demoralised, isolated, easily identifiable via the surveillance, phone tracking… 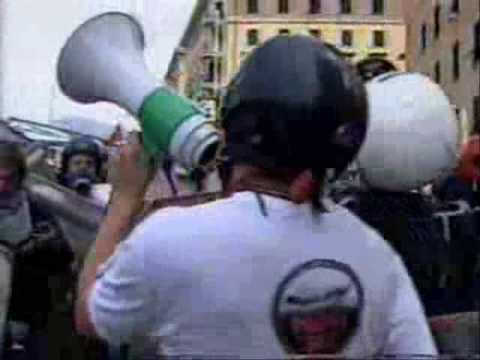 For anyone interested, today is a Bank Holiday Monday in the UK. This afternoon protestors have been gathering on Shepherd’s Bush Green (in west London). It seems to be an energy spill from the big demo on Saturday. This 8 minute montage was filmed in the early afternoon… 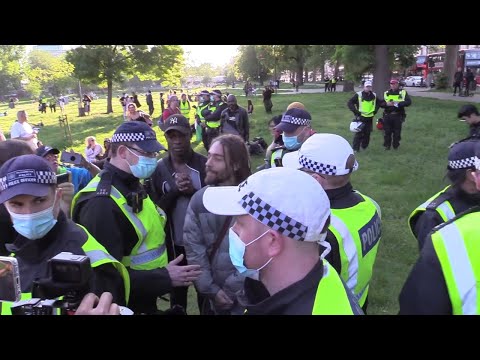 Many of the protestors are camping on the Green, and unlike the demo on Saturday, which had a wide demographic, most of them are young, pissed-off people. Since it’s a Bank Holiday, as afternoon goes into evening a lot more pissed-off people might join the demonstration.

Hopefully it will all be peaceful.

Beginning to feel the same vibe that blew up with the Poll Tax riots against the Thatcher regime - which defeated the Poll Tax racket, and helped to bring on Thatcher’s removal. Here’s to a long, hot Summer…

Karen, the Westfields Shopping Center in Shepherds Bush was a bit suspect. A la the Capitol Building it seems it was allowed to happen (you can find footage of Westfields here). There are quite a lot of security guards around who appear to let the protestors enter the shopping center.

That was really strange, thanks @RobG . The cops didn’t seem to know what to do. Protesters likewise… had that Bristol vibe if you see what I mean. The YouTube channel Resistance GB has the same feel to it. The twitter account of that name, which I’ve never heard of (and I follow all the usual suspects and probably a few shills too) has tweeted 30x since being set up in 10/2020. Very sus.

Karen, I know what you mean about Resistance GB.

Please let me know if you think these are a bit dodgy as well.

In the meantime here’s a Song for Insane Times…