A voice of sanity from NYC

The first uses the Prisoners Dilemma game, and the well-known analogy of ‘slowly boiling the frog’, to expose how gradual but relentless “nudges” marginalise and isolate opposition. 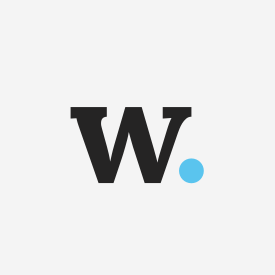 Living the Prisoner's Dilemma: How Cooperation Could End Mandates

The later, published today, also makes a number of good points e.g. how ‘othering’ intensifies the isolation felt by those of us aghast at where the world now is, and how states of emergency/exception are used to justify what would ordinarily never be attempted.

The emergency was originally staged in NYC by callously depriving public hospital patients of appropriate treatment and intubating them to death, as exposed by Erin Marie Olszewski. (Her book, quite short, already feels quite dated in some ways, is nevertheless a very worthwhile read: Undercover Epicenter Nurse | Book by Erin Marie Olszewski, J. B. Handley | Official Publisher Page | Simon & Schuster)

…But that was already eighteen months ago, in fact longer, yet the emergency has still not passed, it merely mutates, the sweet taste of despotism is too too good to resist another big slurp, then another, and another.

Here in the UK similar techniques had already been tested by proroguing Parliament and bulldozing through Brexit. If some or other shit storm is not due to Covid you can bet it’s due to Brexit…

The Return of the Roaring Twenties Recently, a New York event organizer who fashions his events in the style of Prohibition Era speakea...

…when finally faced with the opportunity to rage against the machine, these imposters got behind the machine and helped push it along instead. Lacking the moral courage to stand for their supposed convictions, they sublimate their own desire to be deviant into movies and make-believe. From the punk enthusiast with a shaved head and ripped pants to the John Waters fan who identifies with the Drapes in Crybaby–many of these people who lust after subversive non-conformity and style themselves after countercultural icons are ironically, laughably, pathetically devoted to fitting in

…where is all that steam coming from…?